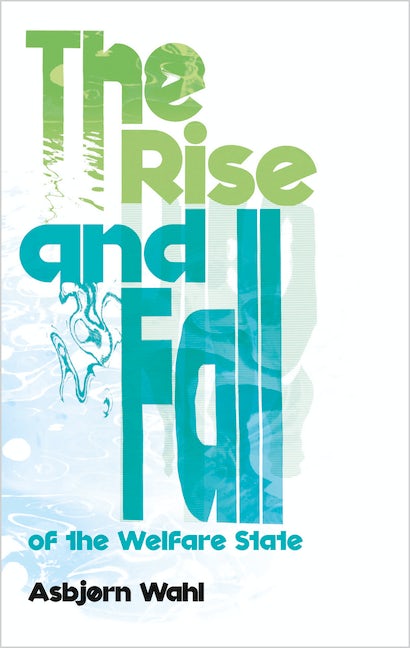 The Rise and Fall of the Welfare State

Unflinching survey of the state of welfare systems across Europe today
In an age of government imposed austerity, and after 30 years of neoliberal restructuring, the future of the welfare state looks increasingly uncertain. Asbjorn Wahl offers an accessible analysis of the situation across Europe, identifies the most important challenges and presents practical proposals for combating the assault on welfare.

Wahl argues that the welfare state should be seen as the result of a class compromise forged in the 20th century, which means that it cannot easily be exported internationally. He considers the enormous shifts in power relations and the profound internal changes to the welfare state which have occurred during the neoliberal era, pointing to the paradigm shift that the welfare state is going through. This is illustrated by the shift from welfare to workfare and increased top down control.

As well as being a fascinating study in its own right that will appeal to students of economics and politics, The Rise and Fall of the Welfare State also points to an alternative way forward for the trade union movement based on concrete examples of struggles and alliance-building.

Asbjorn Wahl is Director of the broad Campaign for the Welfare State in Norway and Adviser to the Norwegian Union of Municipal and General Employees. He is also Chair of the ITF Working Group on Climate Change and the author of The Rise and Fall of the Welfare State (Pluto, 2011).

'One of the best analyses of the politics of the welfare state. He also draws on ideas from struggles across the world for building a new power for democratic ownership of the economy - the only basis on which our social rights can have a future' - Hilary Wainwright, editor of Red Pepper and author of Reclaim the State (2003, 2009) 'This scholarly and thoughtful yet accessible book is relevant to the whole of Europe and the world. We should read it, learn from it and organise so as to fight back with all our strength' - Susan George, President of the Board of the Transnational Institute 'An important contribution to the current debate about the future of the welfare state. Wahl demonstrates how power in society has shifted and why it has let to growing inequalities. A must read for debaters and policy makers who seek inspiration' - Peter Waldorff, General Secretary of the PSI 'Indispensable insights into the crisis of the welfare state in the West. More than that, he offers a roadmap to the future, one that focuses on the active engagement of citizens and civil society in the creation of new progressive vision in the post-globalisation era' - Walden Bello, Professor of Sociology at the University of the Philippines 'A sobering assessment of the present state of power relations between labour and capital, but its message is ultimately an inspiring one' - Sean Sweeney, Director of Global Labor Institute at the Cornell School of Industrial and Labor Relations, Cornell University
Introduction
1. The Power Base
2. The Turning Point
3. The Shift in the Balance of Power
4. The Attacks
5. The Brutalisation of Work
6. The Misery of Symbol Politics
7. Challenges and Alternatives
Notes
Bibliography
Index