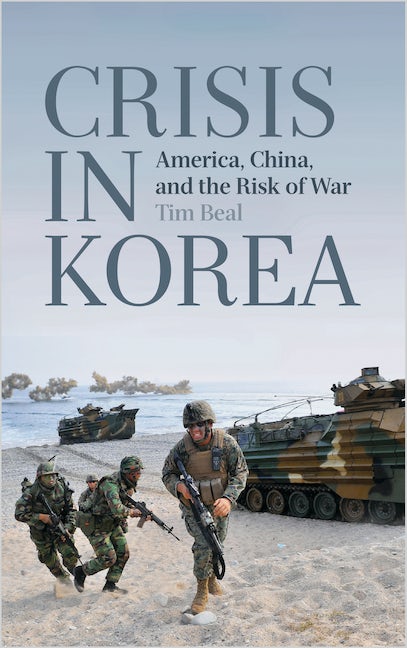 America, China and the Risk of War

South Korea's stance towards the North has hardened significantly since the new conservative government came to power. Beal argues that the South moved quickly to use the sinking of the Cheonan to put international pressure on the North, even before the cause of the sinking had been established. The US followed suit by attempting to pressurise China into condemning North Korea. The media reports at the time presented an open and shut case of unprovoked North Korean aggression, but the evidence points towards the accidental triggering of a South Korean mine as the cause and South Korean fabrication to incriminate the North.

With the South bent on forcing the fall of the North's regime with US help and China unlikely to stand idly by, this book offers an essential guide to the key factors behind the crisis and possible solutions.

Tim Beal has researched and taught widely on Asian politics and business and is currently focused on North Korea. He has recently retired from the School of Marketing and International Business at Victoria University of Wellington in New Zealand. He is the author of Crisis in Korea (Pluto, 2011) and North Korea: The Struggle Against American Power (Pluto, 2005).

Foreword
PART I: KOREA BETWEEN THE DECLINE OF AMERICA AND THE RISE OF CHINA
Preface
1. Imperialism, Nationalism, the Division and Reunification of Korea
2. Korea and the Postcolonial World
3. The Collapse of the Soviet Union and North Korea's Arduous March
4. The Rise of China and the Decline of America
5. Obama’s Strategic Paralysis
PART II: BUILDUP TO CRISIS: THE CHEONAN INCIDENT AND ITS CONSEQUENCES
Preface
6. The Mysterious Sinking of the Cheonan, and the Official Investigation
7. Cheonan Incident: From ‘Smoking Gun’ to Rusty Torpedo
PART III: COLLAPSE AND TAKEOVER
8. Scenario Building: Failed Succession and Collapse
9. The Northern Limit Line: Keeping the War Alive
10. Military Exercises: Precipitating Collapse, Preparing for Invasion
11. The Siege: Sanctions, their Role and Effect
12. The Costs and Consequences of Invasion
13. The China Factor – into the Abyss?
Appendices (online)
Notes
Index
Published by Pluto Press in Aug 2011
Paperback ISBN: 9780745331621
eBook ISBN: 9781783714407