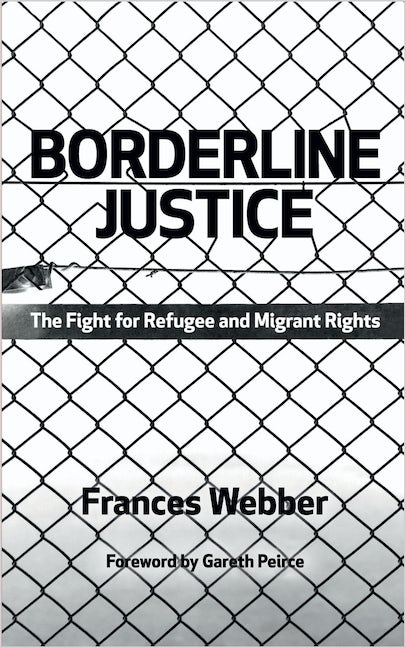 The Fight for Refugee and Migrant Rights

Frances Webber, a long-standing legal practitioner, reveals how the law has been (mis)applied to migrants, refugees and other ‘unpopular minorities’. This book records some of the key legal struggles of the past thirty years which have sought to preserve values of universality in human rights - and the importance of continuing to fight for those values, inside and outside the courtroom.

The themes and analysis cross boundaries of law, politics, sociology, criminology, refugee studies and terrorism studies, appealing to the radical tradition in all these disciplines.

Frances Webber is a retired barrister who specialised in human rights, immigration and asylum law. She is Vice-Chair of the Institute of Race Relations, with which she has been involved for over 40 years.

'This formidable work from a frontline legal fighter with unrivalled experience, packs a political punch nothing short of a knockout' - Michael Mansfield QC 'There is no person better equipped to write on one of the most pressing moral and political concerns of our times than Frances Webber. She writes with the authority of a legal expert who for thirty years has represented migrants and asylum seekers' - Helen Bamber OBE 'A remarkable double achievement. It is at once a compelling read and an authoritative source of information. For those of us who will never represent a client in court, or sprint to judge's chambers to stay a deportation, it provides all we will ever need to know about the last few decades of British 'justice' at the border' - Leanne Weber is a Senior Research Fellow at Monash University in Australia, specialising in migration policing. She is the co-author of Globalization and Borders: Death at the Global Frontier. 'Not satisfied with battling legal injustices for 30 years at the coalface, Frances Webber here carries the battle into the public realm' - A. Sivanandan, author of Catching History on the Wing 'British justice, when it comes to the treatment of foreigners, has been hollowed out, argues Frances Webber, in this blast against the Bleak House of Britain's immigration and asylum system. On every page of Borderline Justice, the cold, cruel, inhuman and (above all) racially-determined logic of Home Office decision-making is laid bare by a campaigning lawyer passionate in the belief that the fight to preserve refugee and migrant rights in the UK is central to the larger fight for racial justice internationally' - Liz Fekete, Executive Director, Institute of Race Relations 'This powerful and detailed account of the brutal and arbitrary nature of the immigration system unmasks the hypocrisy and injustice of the system' - Teresa Hayter, activist and author of Open Borders (Pluto, 2004)
Acknowledgements
Foreword by Gareth Peirce
Introduction
ARRIVAL: CONTEST AT THE BORDER
1. The War on Asylum: Preventing Entry
2. Struggles for Fair Decision-Making
3. More Obstacles to Justice
4. You’re Not a Refugee
STAY: BATTLES FOR FAIR TREATMENT
5. The Erosion of the Law of Humanity
6. Migration Management in the Market State
7. The Fight for Family Life
8. Prisoners of Immigration Control
DEPARTURE: RESISTING TOTAL CONTROLS AND MASS REMOVAL
9. The Growth of the Internal Border Force
10. The Deportation Drive
11. Enemies of the State
Notes
Index
Published by Pluto Press in Oct 2012
Paperback ISBN: 9780745331638

END_OF_DOCUMENT_TOKEN_TO_BE_REPLACED
Back to Top
X