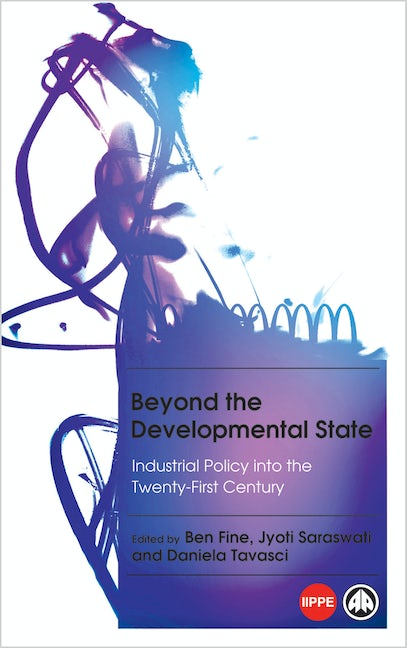 Beyond the Developmental State

Exposes the theoretical and empirical limitations of the developmental state paradigm, offering policy alternatives.
Moving beyond abstract economic models and superficial descriptions of the market, Beyond the Developmental State analyses the economic, political and ideological interests which underpin current socio-economic processes.

Through this approach, the contributors show the close interrelation between states and markets in both national and international contexts. Drawing on a wide range of case studies and themes, the book exposes the theoretical and empirical limitations of the developmental state paradigm, offering alternatives as well as discussing the policy implications and challenges they raise.

For scholars, students and practitioners of development, Beyond the Developmental State presents a decisive break with the old dogmas of both neoliberal orthodoxy and theories of 'market-imperfection', and outlines theoretically and empirically grounded alternatives.

Jyoti Saraswati teaches on the Business and Political Economy Program at the Stern School of Business, New York University (NYU). He is the author of Dot.compradors (Pluto, 2012) and co-editor of Beyond the Developmental State (Pluto, 2013).

Daniela Tavasci lectures at the School of Economics and Finance, Queen Mary University of London. In addition to working in the financial sector for seven years, she is the co-editor of Beyond the Developmental State (Pluto, 2013).

'A very important book. The contributions are highly original and this work is likely to inform the emergence of a new branch of the literature on economic development' - Alfredo Saad-Filho, Professor of Political Economy, School of Oriental and African Studies, University of London 'A valuable contribution to the search for inclusive and sustainable development strategies' - Richard Kozul-Wright, Head, Unit on Economic Cooperation and Integration Among Developing Countries, UNCTAD
1. Beyond the Developmental State: An Introduction, by
Ben Fine
2. The Rise and Fall of the Developmental State? The case
of the Japanese and South Korean steel industries, by
Hajime Sato
3. An Alternative Perspective on Industrial Policy: The Case
of the South Korean Car Industry, by Kwon-Hyung Lee
4. Labour and the ‘Developmental State’: A critique of the
developmental state theory of labour, by Dae-oup Chang
5. What of the Developmental State Beyond Catching up?
The Case of the South Korean Microelectronics Industry, by
Humam Al-Jazaeri
6. Globalisation and the Decline of the Developmental
State, by Iain Pirie
7. The Software Industry and Interventionist Policy in
India, by Jyoti Saraswati
8. Lessons for Nigeria from developmental states: the role
of agriculture in structural transformation, by Eka Ikpe
9. Finance and the developmental state: the case of
Argentina, by Daniela Tavasci
10. Systems of Accumulation and the Evolving MEC Sam
Ashman, by Ben Fine and Susan Newman
Index
Published by Pluto Press in May 2013
Paperback ISBN: 9780745331669
eBook ISBN: 9781849649018