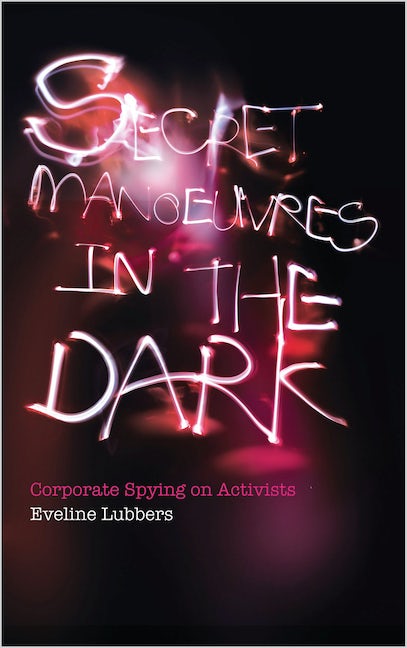 Secret Manoeuvres in the Dark

Corporate and Police Spying on Activists

Exposes the covert attempts of corporations and government to infiltrate and spy on peaceful protest groups.

*Shortlisted for the Bread and Roses Prize, 2013*

The exposure of undercover policeman Mark Kennedy in the eco-activist movement revealed how the state monitors and undermines political activism. This book shows the other grave threat to our political freedoms - undercover activities by corporations.

Secret Manoeuvres in the Dark documents how corporations are halting legitimate action and investigation by activists. Using exclusive access to previously confidential sources, Eveline Lubbers shows how companies such as Nestlé, Shell and McDonalds use covert methods to evade accountability. She argues that corporate intelligence gathering has shifted from being reactive to pro-active, with important implications for democracy itself.

Secret Manoeuvres in the Dark will be vital reading for activists, investigative and citizen journalists, and all who care about freedom and democracy in the 21st century.

Eveline Lubbers is a Research Fellow at the University of Bath, and an independent investigator with SpinWatch and privacy advocates buro Jansen and Janssen. She is the contributing editor of Battling Big Business: Countering Greenwash, Front Groups and Other Forms of Corporate Bullying (2002).

'Shines a timely and sharp light on the dark arts of serving and retired cops, spooks and squaddies who are spying, bugging and lying for big business with impunity'

'In this eye-opening volume Evelyn Lubbers opens up a new field of research. A must-read for anyone interested in grey policing, social movements, social reform and corporate intelligence behaviour'