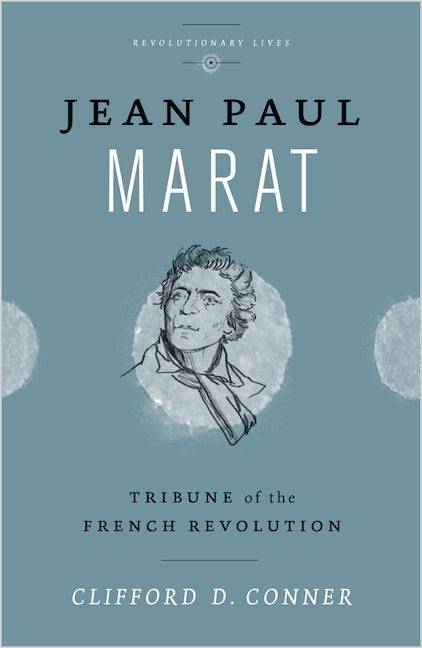 Tribune of the French Revolution

An introduction to the most 'dangerous' and subversive figure of the French revolution.
Jean-Paul Marat’s role in the French Revolution has long been a matter of controversy among historians. Often he is portrayed as a violent, sociopathic demagogue. This biography challenges that interpretation and argues that without Marat’s contributions as an agitator, tactician, and strategist, the pivotal social transformation that the revolution accomplished would not have occurred.

Clifford D. Conner argues that what was unique about Marat - setting him apart from all other major figures of the revolution, including Danton and Robespierre - was his total identification with the struggle of the propertyless classes for social equality. Fresh ideas surrounding the Champs de Mars Massacre, his assassination, the cult of Marat and the Légende Noire are all explored.

Clifford D. Conner is on the faculty of the School of Professional Studies at the City University of New York Graduate Center, where he teaches history. He has written biographies of two eighteenth-century Irish revolutionaries, Colonel Despard (2000) and Arthur O'Connor (2009). He is also the author of the acclaimed A People's History of Science (2005) and is on the editorial board of The International Encyclopaedia of Revolution and Protest.

'A fresh, welcome look at one of the most complex and fascinating figures of the French Revolution' - Adam Hochschild, author of King Leopold's Ghost (1999) and Bury the Chains (2006) 'A gripping introduction to the life of Marat and his role in the French Revolution' - Richard Sheldon, Lecturer in Social and Economic History, University of Bristol 'Clears away the cobwebs and prejudices and then reveals why we should love and admire this egalitarian revolutionary' - Lynne Stewart, lawyer 'This biography, written in an accessible and lively style, presents an activist and journalist from the French Revolution, and rescues him from myths and slanders' - Ian Birchall, author of The Spectre of Babeuf (1997). 'Cliff Conner's gracefully written and wisely observed biography of Jean Paul Marat tells the truth about this much maligned doctor and hero of the French revolution' - Michael Ratner and Michael Steven Smith, human rights attorneys and authors of Who Killed Che? How the CIA Got Away With Murder. Michael Ratner is President Emeritus of the Center for Constitutional Rights.
Preface
Introduction - The Phantom and the Historians
1. The Early Years
2. 1765–1789 – The Physician and the Physicist
3. January 1789–June 1791 – From the Estates General to the King’s Flight
4. July 1791–September 1792 – From the Champs de Mars Massacre to the September Massacres
5. September 1792–July 1793 – From the Convention Elections to the Assassination
Conclusion - From the Cult of Marat to the Légende Noire and Beyond
Notes
Index
Published by Pluto Press in May 2012
Paperback ISBN: 9780745331935
eBook ISBN: 9781849646802