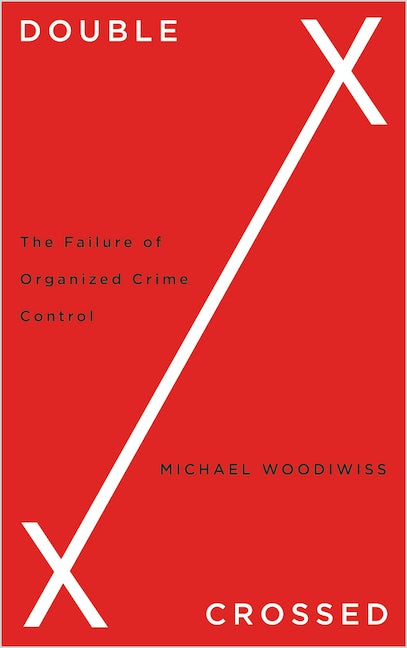 The Failure of Organized Crime Control

In the United States, the popular symbols of organised crime are still Depression-era figures such as Al Capone, Lucky Luciano, and Meyer Lansky - thought to be heads of giant, hierarchically organised mafias. In Double Crossed, Michael Woodiwiss challenges perpetuated myths to reveal a more disturbing reality of organised crime - one in which government officials and the wider establishment are deeply complicit.

Delving into attempts to implement policies to control organised crime in the US, Italy and the UK, Woodiwiss reveals little-known manifestations of organised crime among the political and corporate establishment. A follow up to his 2005 Gangster Capitalism, Woodiwiss broadens and brings his argument up to the present by examining those who constructed and then benefited from myth making. These include the Italian dictator Benito Mussolini, opportunistic American politicians and officials and, more recently, law enforcement bureaucracies, led by the Federal Bureau of Investigation.

Michael Woodiwiss is a Senior Lecturer in History at the University of the West of England. He has written extensively on organised, corporate, and state crime. His books include Double Crossed (Pluto, 2017), Organized Crime and American Power (University of Toronto Press, 2001) and Gangster Capitalism (Constable, 2005).

'Mike Woodiwiss has dedicated his career to unpacking the often toxic packaging surrounding the concept of organized crime. In <em>Double Crossed</em>, he focusses on the myths of organized crime, its social, economic and legal constructions and, most importantly, the architects and beneficiaries of this myth making' - Professor Dick Hobbs, Author of Lush Life: Constructing Organized Crime in the UK

'As one of the foremost thinkers on organized crime, Mike Woodiwiss rarely disappoints. In this book, he is on great form' - Kristofer Allerfeldt, University of Exeter, Author of Crime and the Rise of Modern America: A History 1865-1941

'Brings solid historical evidence and analysis to the task of refuting conventional wisdom that prefers to see organized crime as something external from our capitalistic political, economic and social systems' - Margaret Beare, author of Critical Reflections on Transnational Organized Crime, Money Laundering and Corruption (2003)

Acknowledgements
Preface
Part I: Dumbing Down: The Construction of an Acceptable Understanding of 'Organized Crime'
Introduction
1. The Rise and Fall of Muckraking Business Criminality
2. America’s Moral Crusade and the Making of Illegal Markets
Inset 1: The Origins of Mafia Mythology in America
3. Charles G. Dawes and the Molding of Public Opinion on Organized Crime
4. Al Capone as Public Enemy Number 1
5. Al Capone and the Business of Crime
Inset 2: The Legends and Lives of Al Capone and Eliot Ness
6. Americanizing Mussolini’s Phony War against the Mafia
7. 'Organized Crime' in a Fascist State
8. Gangbusting and Propaganda
9. Thomas E. Dewey and 'the Greatest Gangster in America'
10. From Gangbusters to Murder Inc.
Part II: Lies about Criminals: Constructing an Acceptable 'History' of Organized Crime
Introduction
1. The Genesis of the Atlantic City 'Conference' Legend
2. Consolidating the 'Conference' Legend
3. The Purge that Wasn’t
4. The US Government’s History of Organized Crime
Inset 3: Lucky Luciano and a Life in Exile
Part III: Covering up Failure: Constructing an Acceptable Response to 'Organized Crime'
Introduction
1. Mafia Mythology and the Federal Response
2. President Richard Nixon and Organized Crime Control
3. Challenging the Orthodoxy
4. Sustaining and Updating Mafia Mythology
5. From Super-Government to Super-Governments: The Pluralist Revision of Organized Crime
6. The Origins of the Anti-Money Laundering Regime
Inset 4: Meyer Lansky and the Origins of Money Laundering History
7. Informants, Liars and Paranoiacs
8. Seizing Assets to Fund the Crime War
9. Drug Prohibition and the Prison Gang Phenomenon
10. Organized Business Crime: The Elephant in the Room
11. Deregulation and the Rise of Corporate Fraud
12. Fraud and the Financial Meltdown
13. Hiding the Failure of Organized Crime Control
14. Repression as Organized Crime Control
Part IV: Selling Failure: Setting the Global Agenda on Drugs, Organized Crime and Money Laundering
Introduction
1. Losing Corporate Criminality from Transnational Crime
2. Building Capacity
3. Americanizing the British Drug Control System
4. Dumbing Down the International Response to Drugs and 'Organized Crime'
5. Repression, Profits and Slaughter: The United States in Colombia and Mexico
6. The Atlantic Alliance as a Money Laundry
Epilogue
Notes
Index
Published by Pluto Press in Jun 2017
Paperback ISBN: 9780745332017
eBook ISBN: 9781786800947