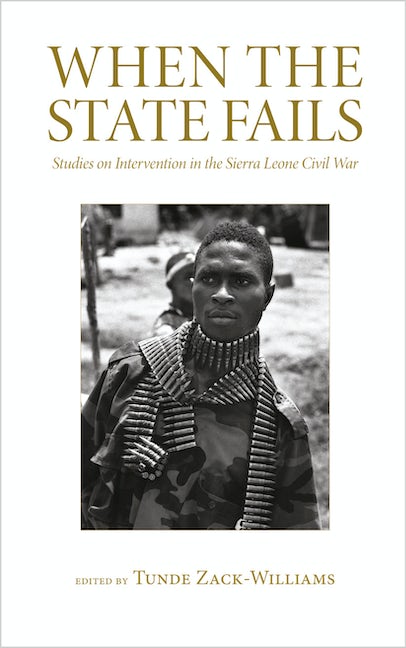 When the State Fails

Studies on Intervention in the Sierra Leone Civil War

The civil war in Sierra Leone began in 1991 and was declared officially over in 2002 after UK, UN and regional African military intervention. Some claimed it as a case of successful humanitarian intervention. The authors in this collection provide an informed analysis of the impact of the intervention on democracy, development and society in Sierra Leone. The authors take a particularly critical view of the imposition of neoliberalism after the conflict.

As NATO intervention in Libya shows the continued use of external force in internal conflicts, When the State Fails is a timely book for all students and scholars interested in Africa and the question of 'humanitarian intervention'.

Tunde Zack-Williams is Emeritus Professor of Sociology at the University of Central Lancashire. He was President of the UK African Studies Association from 2006 to 2008. He is the author of When the State Fails: Studies on Intervention in the Sierra Leone Civil War (Pluto, 2011), The Quest for Sustainable Peace: The 2007 Sierra Leone Elections (2008), co-editor of Africa in Crisis: New Challenges and Possibilities (Pluto, 2002) and African Mosaic: Political, Social, Economic and Technological Development in the New Millennium (2009). He is a handling editor of the Review of African Political Economy and a member of the Africa Panel of the British Academy.