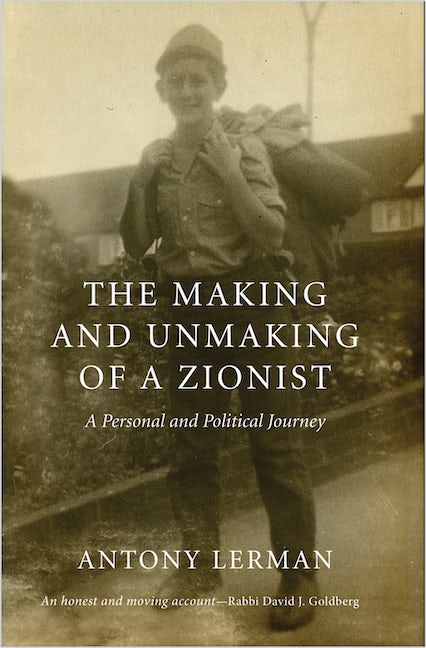 The Making and Unmaking of a Zionist

A Personal and Political Journey

Powerful memoir of the personal and political journey of a leading British Jew, from idealistic Zionist to critic of Israel.
Antony Lerman traces his five-decade personal and political journey from idealistic socialist Zionist to controversial critic of Israel's aggression towards the Palestinians. As head of an influential UK Jewish think tank, he operated at the highest levels of international Jewish political and intellectual life.

He recalls his 1960s Zionist activism, two years spent on kibbutz and service in the IDF, followed by the gradual onset of doubts about Israel on returning to England. Assailed for his growing public criticism of Israeli policy and Zionism, he details his ostracism by the Jewish establishment.

With a sharp insider's critique, Lerman presents a powerful, human rights-based argument about how a just peace can be achieved.

'An honest and moving account of how Antony Lerman - like so many Jewish liberals of his generation - fell in and out of love with the Zionist dream as translated into Israeli reality' - Rabbi David J. Goldberg, author of This Is Not the Way: Jews, Judaism and Israel (2012) 'In this very courageous, personal yet intellectual exposé, Antony Lerman, who, unlike many of his peers, refused to cross the red lines into the ideological territory of ethnocentric particularism, explores his journey to and from Zionism' - Avraham Burg, former Speaker of the Israeli Knesset and author of The Holocaust is Over: We Must Rise From its Ashes (2008) 'Lerman's journey from fervent Zionist to thoughtful critic of Zionism is fascinating enough. But this rich and compelling account also charts his sustained vilification and shows how extensively bigotry has replaced reason in the Middle East debate' - Anne Karpf, sociologist, journalist and author of The War After: Living With the Holocaust (1996)
Acknowledgements
Preface
Abbreviations and acronyms
1. From Bourgeois to Builder
2. Sunrise Over the Carmel
3. Socialist Zionist
4. ‘It Is No Dream’
5. Searching for Myself
6. Rocking the Boat
7. Political Animal
8. Darkening Skies in Israel and Europe
9. Shedding Illusions
10. Out of the Frying Pan, Into the Fire
11. Character Assassination and Self-Censorship
12. ‘Gunning for Lerman’
13. Pressing On
14. The Sense of an Ending
15. Afterword
Glossary
Sources for chapter heading quotes
Note on sources
Index
Published by Pluto Press in Aug 2012
Hardcover ISBN: 9780745332765
eBook ISBN: 9781849647533
eBook ISBN: 9781849647533