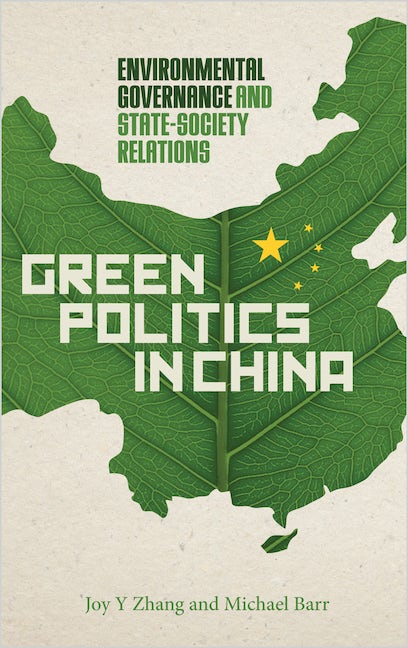 The struggle for clean air, low-carbon conspiracy theories, is transforming Chinese society, producing new forms of public fund raising and the encouraging the international tactics of grassroots NGOs. In doing so, they challenge static understandings of state-society relations in China, providing a crucial insight into the way in which China is changing internally and emerging as a powerful player in global environmental politics.

Joy Y Zhang is a Lecturer in Sociology at the University of Kent and an Affiliated Researcher at the College d'Etudes Mondiales, Fondation Maison des Sciences de l'Homme. She is the author of The Cosmopolitanization of Science (Palgrave, 2012) and Green Politics in China (Pluto, 2013).

Michael Barr is a Lecturer in International Politics at Newcastle University. He is the author of Who's Afraid of China? (Zed, 2011) and Green Politics in China (Pluto, 2013).

'Through a series of fascinating case studies and interviews, Zhang and Barr reveal the complex interaction between China's people and its government as policy is decided and implemented' - Tony Saich, Daewoo Professor of International Affairs, Harvard University 'A very insightful and in-depth study on Chinese green NGOs, their relation with the party-state, political leverage, and the multi-dimensional ways in which they influence environmental policy and frame their campaigns' - Peter Ho, Ford Foundation
Introduction
1. Who Is To Blame?
2. Ways of Seeing
3. Ways of Changing
4. Conformist Rebels
5. The Green Leap Forward
Conclusion: To Stomach a Green Society
Bibliography
Index
Published by Pluto Press in Jun 2013
Paperback ISBN: 9780745332994
eBook ISBN: 9781849649131