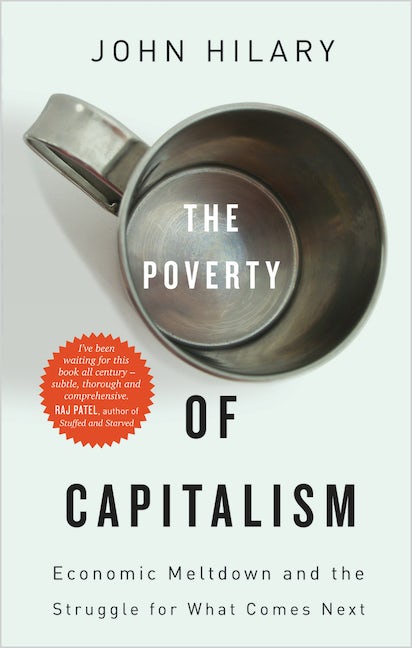 The Poverty of Capitalism

Economic Meltdown and the Struggle for What Comes Next

Looks at the failure of conventional economic theories based on capitalist growth, and explores alternative models being developed around the world.

Capitalist growth is widely heralded as the only answer to the crisis still sweeping the global economy. Yet the era of corporate globalisation has been defined by unprecedented levels of inequality and environmental degradation. A return to capitalist growth threatens to exacerbate these problems, not solve them.

In The Poverty of Capitalism, John Hilary reveals the true face of transnational capital in its insatiable drive for expansion and accumulation. He exposes the myth of 'corporate social responsibility' (CSR), and highlights key areas of conflict over natural resources, labour rights and food sovereignty.

Hilary also describes the growing popular resistance to corporate power, as well as the new social movements seeking to develop alternatives to capitalism itself. This book will be essential reading for all those concerned with global justice, human rights and equity in the world order.

John Hilary is Head of Trade Policy for the Labour Party, and the former Executive Director of War on Want. He is the author of The Poverty of Capitalism (Pluto, 2013).

'An important read not only for the young social activist or those interested in capitalism, but for anyone who has a general interest in politics looking to understand the true costs of global capitalism' - Sarah Morley, LSE Review of Books

'Chronicling the state of development in the wake of the global economic crisis, <em>The Poverty of Capitalism</em> stands as a powerful rejoinder' - Dinah Rajak, Senior Lecturer in Anthropology and Development, University of Sussex

'Comprehensive in its coverage of changes in the global economy, insightful in assessing the key dynamics and agents in current struggles, this book goes beyond traditional investigations of similar themes' - Andreas Bieler, Professor of Political Economy, University of Nottingham

'In this powerful, timely book, John Hilary contends that capitalism is not only in crisis - it is the crisis!' - Aziz Choudry, Assistant Professor, Integrated Studies in Education, McGill University

'I&rsquo;ve been waiting for this book all century - a subtle, thorough analysis of global capitalism' - Raj Patel, author of 'Stuffed and Starved'