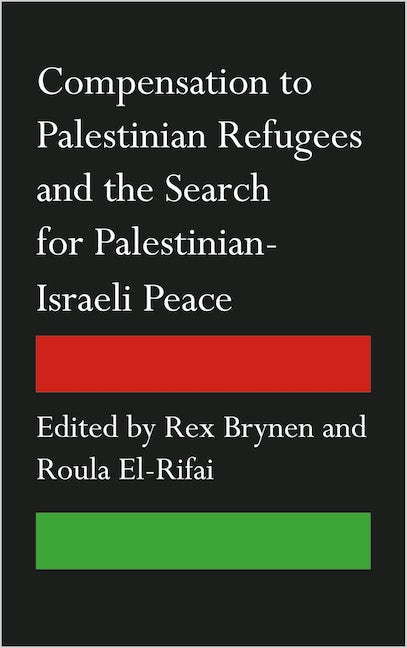 Compensation to Palestinian Refugees and the Search for Palestinian-Israeli Peace

The Nakba saw the displacement of 85% of the Palestinian Arab population and the descendants of these displaced peoples numbers almost 5 million. Despite the gravity of the situation and the importance of restorative justice, many of the complex technical issues compensation would entail have not received adequate attention. Applying their expertise and looking at past examples of claims mechanisms, a rich variety of contributors - including Palestinian, Israeli, and international scholars, analysts, and former officials - examine the topic from an array of legal, economic, and political perspectives.

Answering questions such as: How would property losses be recovered? What about displaced persons within Israel? What would the Israeli response be to reparations? The contributors cast new and important light on the way the issue has been approached in past negotiations, the structure of possible compensation regimes and potential challenges and obstacles to implementation.

Roula El-Rifai is a senior programme specialist with the Middle East Unit and the Governance, Security and Justice Programme Initiative at the International Development Research Centre in Ottawa. She is the co-editor of The Palestinian Refugee Problem (Pluto, 2013) and Compensation to Palestinian Refugees and the Search for Palestinian-Israeli Peace (Pluto, 2013).