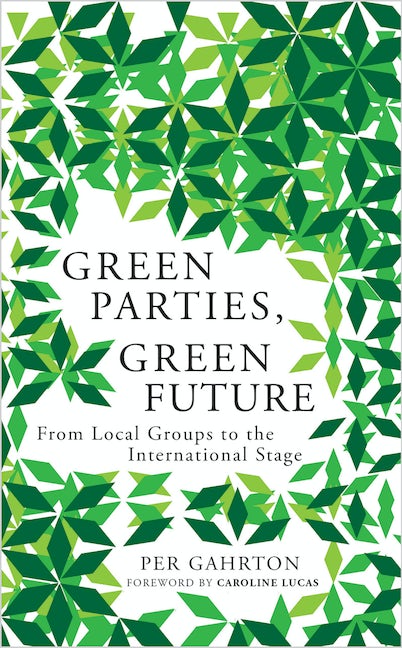 From Local Groups to the International Stage

An analysis of the international Green political movement, with an emphasis on Green parties across Europe.
Over the past four decades the world has seen a 'green awakening'. Green parties have been elected to parliaments and councils all over the world. A common set of environmental priorities have been promoted by green internationalisation and these parties are playing an increasing role at all levels of political decision-making.

Will this awakening continue or will the greens be corrupted by power? What impact has their politics had? Will green thinking be able to compete with other ideologies in coping with the problems of the 21st century?

Green Parties, Green Future analyses over a hundred of these parties' experience from all over the world. It reveals the story of the expansion and development of the movement, from local environmental groups to national and global decision-makers.

Per Gahrton is a Swedish sociologist and politician, former MP and MEP of the Swedish Greens. He was the 1985-89 co-secretary of the Co-ordination of European Greens, and has participated at all congresses of the Global Greens. He is the author of Green Parties, Green Future (Pluto, 2015) and Georgia: Pawn in the New Great Game (Pluto, 2010).

With his long experience and deep insights in green politics, Per Gahrton - like no one else can - provides a comprehensive picture of the global green party family. An outstanding contribution. - Claudia Roth, German Green Party MP and Vice President of the German Bundestag Per Gahrton's experience as a parliamentarian, organiser and activist combines with his skills as a journalist and sociologist to tell a wonderfully readable story. - Sara Parkin, Founder Director of Forum for the Future and author of The Positive Deviant: Sustainability Leadership in a Perverse World (2010) Proves that Greens can indeed make a political difference and can be the real alternative needed by our countries. - Frank Habineza, Founding President of the Democratic Green Party of Rwanda, President of the African Greens Federation and Executive Committee Member of the Global Greens Coordination A fascinating overview of key debates and developments, with unique insights into the internal life of green parties in Europe and across the world. - Wolfgang Rüdig, University of Strathclyde 'A valuable manual in realpolitik that resonates here and now in the UK' - The Ecologist
List of Figures
Preface
Foreword by Caroline Lucas
Introduction: The Greens – Towards Hegemony in the Anthropocene
1. The Green Awakening
2. Green Philosophy, Science and Social Theory
3. Green Parties All Over the World
4. Green Policies: Building Stones of a Green ideology
5. Greens in Governments
6. Green Global Governance for the Twenty-First Century
Appendix: Green Parties in 100 Countries
Notes
Index
Published by Pluto Press in Aug 2015
Paperback ISBN: 9780745333397