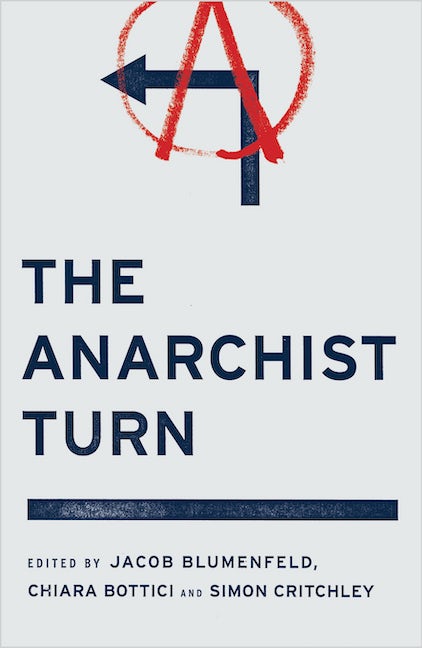 Brings together innovative and fresh perspectives on contemporary anarchism.

In an act of resistance against the usage of the word 'anarchist' as an insult and representations of anarchy as a recipe for pure disorder, The Anarchist Turn brings together innovative and fresh perspectives on anarchism to argue that in fact it represents a form of collective, truly democratic social organisation.

In the last few decades the negative caricature of anarchy has begun to crack. As free market states and state socialism preserve social hierarchies and remain apathetic on matters of inequality, globalisation and the social movements it spawned have proved what anarchists have long been advocating: an anarchical order is not just desirable, but also feasible.

A number of high profile contributors, including Judith Butler, Simon Critchley, Cinzia Arruzza and Alberto Toscano, discuss the anarchist hypothesis, referencing its many historical and geographical variants and analysing its relationship to feminism, politics, economics, history and sociology.

Jacob Blumenfeld is a researcher in Philosophy at the New School for Social Research, New York. He has taught at various schools in the City University of New York. He is the author of The Anarchist Turn (Pluto, 2013).

Chiara Bottici teaches Philosophy at the New School for Social Research, New York. Her publications include A Philosophy of Political Myth (CUP, 2010), Men and States (Palgrave, 2009) and The Anarchist Turn (Pluto, 2013).

Simon Critchley teaches Philosophy at the New School for Social Research, New York. He is the author of many books including The Faith of the Faithless (Verso, 2012), Impossible Objects (Polity Press, 2011), The Book of Dead Philosophers (Granta, 2008) and The Anarchist Turn (Pluto, 2013).

'An important signpost on our new political and ethical terrain. It affirms anarchism as the unmistakable horizon of our present condition. - Saul Newman, Reader in Political Theory, Goldsmiths University of London.