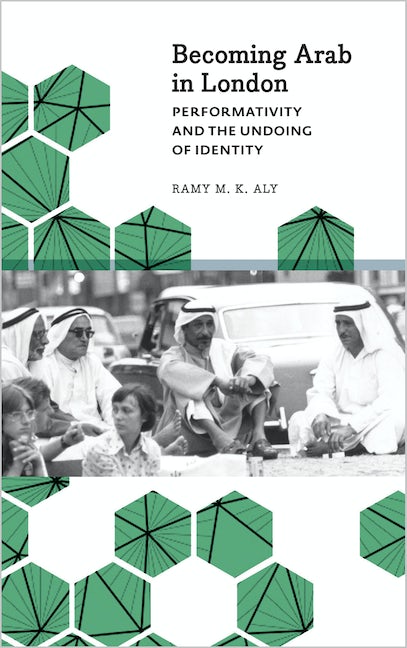 Performativity and the Undoing of Identity

An exploration into the lives of young Arabs growing up in London which critiques 'identity' in favour of race, gender and class.
This is the first ethnographic exploration of gender, race and class amongst British born or raised Arabs in London. It takes a critical look at the idea of 'Arab-ness' and the ways in which their ethnicities are created and expressed in the city.

Looking at everyday spaces, encounters and discourses, the book explores the lives of young people and the ways in which they achieve 'Arab-ness'. It uncovers stories of growing up in London, the social codes at Shisha cafes and the sexual politics and ethnic self-portraits which are present in British-Arab men and women.

Drawing on the work of Judith Butler, Becoming Arab in London reveals the need to move away from the notion of identity and towards a performative reading of race, gender and class. What emerges is an innovative contribution to the study of diaspora and difference in contemporary Britain.

Ramy M. K. Aly is Assistant Professor of Anthropology in the Department of Anthropology at the American University in Cairo. He is the author of Becoming Arab in London (Pluto, 2015).

'Provides amazingly rich insights into the lives and experiences of young British Arabs ... makes a very meaningful contribution to our understandings of 'multicultural London' - Caroline Nagel, University of South Carolina 'Richly ethnographic ... full of insightful examinations of the inner lives and outer practices of the young people it documents and reveals much about the contemporary conditions of Arab youth in London' - Nicole Berger, CritCom
List of Illustrations
Series Preface
Acknowledgements
Introduction
1. Critical Junctures in the Making of Arab London
2. Learning to Be Arab: Growing Up in London
3. Going for Shisha: Doing Ethnicity, Gender and Class
4. Dancing Class: Choreographing Arabness in London
5. Reclaiming the Orient through the Diasporic Gaze
6. Performativity and the Undoing of Identity.
Notes
Bibliography
Index
Published by Pluto Press in Jan 2015
Paperback ISBN: 9780745333588
eBook ISBN: 9781783711574

END_OF_DOCUMENT_TOKEN_TO_BE_REPLACED
Back to Top
X