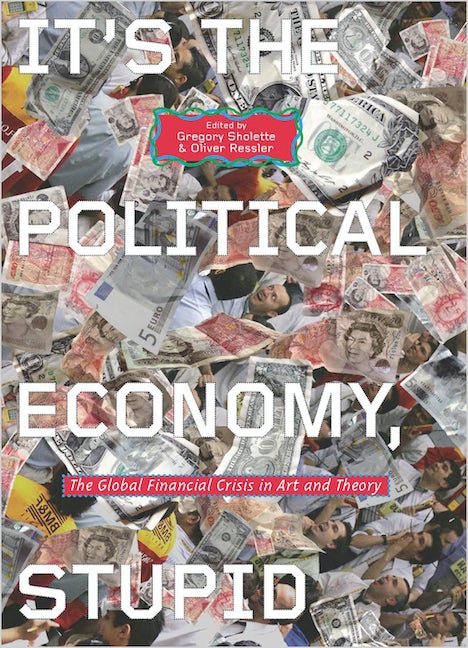 It's the Political Economy, Stupid

The Global Financial Crisis in Art and Theory

Leading critical artists and theorists analyse the current crisis of capitalism.
It's the Political Economy, Stupid brings together internationally acclaimed artists and thinkers, including Slavoj Zizek, David Graeber, Judith Butler and Brian Holmes, to focus on the current economic crisis in a sustained and critical manner.

In sympathy with the subject matter, the book features powerful original artwork for the cover, and an internal design theme based on the movements of Goldman Sachs stock market values by activist designer Noel Douglas. What emerges is a powerful critique of the current capitalist crisis through an analytical and theoretical response and an aesthetic-cultural rejoinder. By combining artistic responses with the analysis of leading radical theorists, the book expands the boundaries of critique beyond the usual discourse.

It's the Political Economy, Stupid argues that it is time to push back against the dictates of the capitalist logic and, by use of both theoretical and artistic means, launch a rescue of the very notion of the social.

Oliver Ressler is an artist and filmmaker based in Vienna. His work has been exhibited across the world including at the Berkeley Art Museum, USA, Platform Garanti Contemporary Art Center, Istanbul and the Alexandria Contemporary Arts Forum, Egypt. He is the editor of It's the Political Economy, Stupid (Pluto, 2013) and the author of Utopian Pulse (Pluto, 2015).

END_OF_DOCUMENT_TOKEN_TO_BE_REPLACED
Back to Top
X