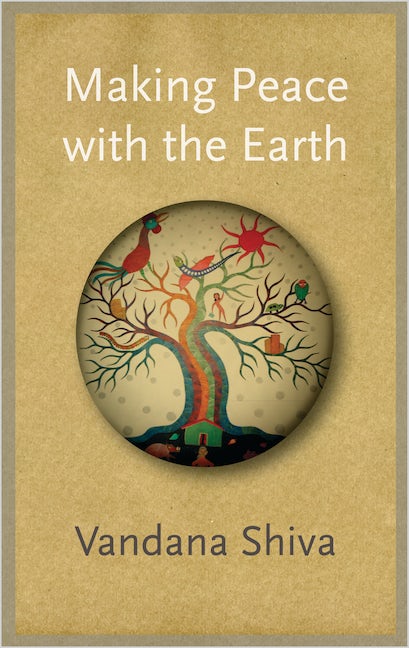 Making Peace with the Earth

Shiva argues that consumerism lubricates the war against the earth and that corporate control violates all ethical and ecological limits. She takes the reader on a journey through the world's devastated eco-landscape, one of genetic engineering, industrial development and land-grabs in Africa, Asia and South America. She concludes that exploitation of this order is incurring an ecological and economic debt that is unsustainable.

Making Peace with the Earth outlines how a paradigm shift to earth-centred politics and economics is our only chance of survival and how collective resistance to corporate exploitation can open the way to a new environmentalism.

Vandana Shiva was one of India's leading physicists and is now a leading environmental campaigner, the winner of the Alternative Nobel Peace Prize and the author of several books, including Soil not Oil (North Atlantic Books, 2015), Making Peace with the Earth (Pluto, 2013) and Water Wars (Pluto, 2002). She also contributed the foreword to Nature for Sale (Pluto, 2013).