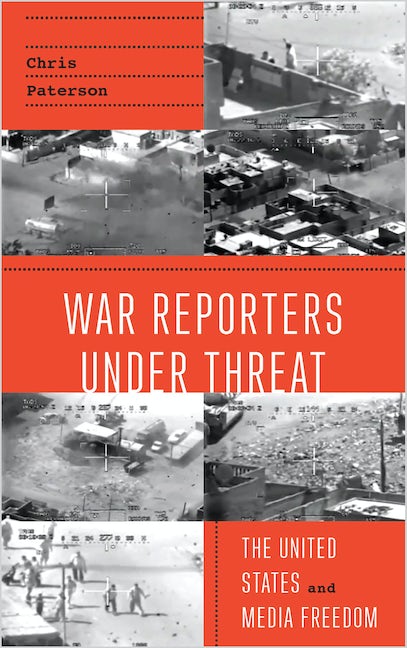 The United States and Media Freedom

Combines critical scholarship with investigative journalism to examine the US government threat to journalists, a threat ignored or dismissed to date.

War Reporters Under Threat describes the threat of violence facing war reporters from the United States government and some of its closest allies.

Chris Paterson argues that what should have been the lesson for the press following the invasion of Iraq - that they will be treated instrumentally by the US government - has been mostly ignored. As a result, even nominally democratic states cannot be counted upon to protect journalists in conflict, and urgent reform of legal protections for journalists is required.

War Reporters Under Threat combines critical scholarship with original investigation to assess the impact of the US government's obsession with information control and protection of its own troops. While the press-military relationship has been well researched, this book is the first to elaborate the US government threat to journalists.

Chris Paterson teaches at the School of Media and Communication at the University of Leeds. He is the author of War Reporters Under Threat: The United States and Media Freedom (Pluto, 2014) and The International Television News Agencies (2011).

'Reminds us journalists always to ask the question: 'Are we mere messengers and voyeurs of war, or is the message we carry so valuable to the world beyond that it's worth the risk?'' - John Pilger

'In the shadow of 9/11 Paterson accuses the United States of acting with impunity in its targeting and killing of journalists and media workers. He provides a painstaking, thoughtful and ultimately damning case to answer over military adventures' - Aidan White, director of the Ethical Journalism Network and former Director General of the International Federation of Journalists