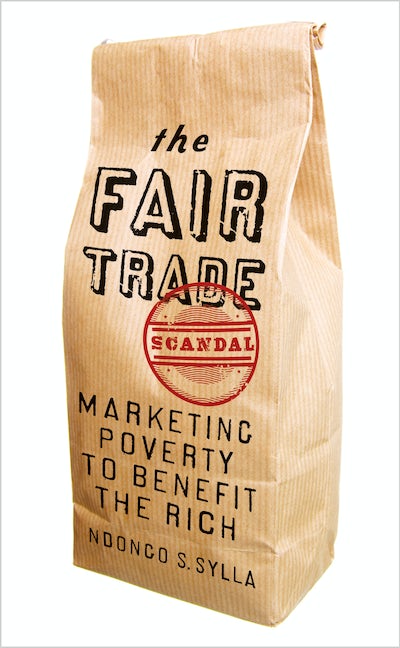 Marketing Poverty to Benefit the Rich

A provocative and deeply informative exploration of the Fair Trade phenomenon, suitable for specialists and non-specialists alike.
The Fair Trade Scandal takes aim at the Fair Trade consumer movement which many assume to be entirely benign. Through a razor-sharp analysis based on insider knowledge, Ndongo Sylla shows that there is a big gap between the rhetoric of Fair Trade and its practical results.

Sylla shows empirically that Fair Trade excludes those who need it the most and that its benefits are essentially captured by the wealthiest groups in the supply chain. Based on his experience of working for Fairtrade International, Sylla shows the flaws in the Fair Trade system which compromise its ethical mission.

'After reading his book, the next cup of fair-trade coffee will not taste quite so good' - Economist 'I strongly recommend this book to all those who are unsure of whether Fair Trade deserves to be supported or not. Ndongo Samba Sylla has given the answer to this question by conducting an in-depth survey and a critical reading of the literature on the subject. The result is, to my knowledge, the best book in this field' - Samir Amin
List of Illustrations
Acknowledgements
List of Acronyms and Abbreviations
Introduction
1. On the Inequalities of the International Trade System
2. The Fair Trade Universe
3. Controversies around Fair Trade
4. Redeeming the Free Market as a Solution to Poverty: The Limitations of the FT Economic Model
5. Looking for the Global Impact of Fair Trade
Conclusion
Annexes
Notes
Bibliography
Index
Published by Pluto Press in Jan 2014
Paperback ISBN: 9780745334240
eBook ISBN: 9781783710140