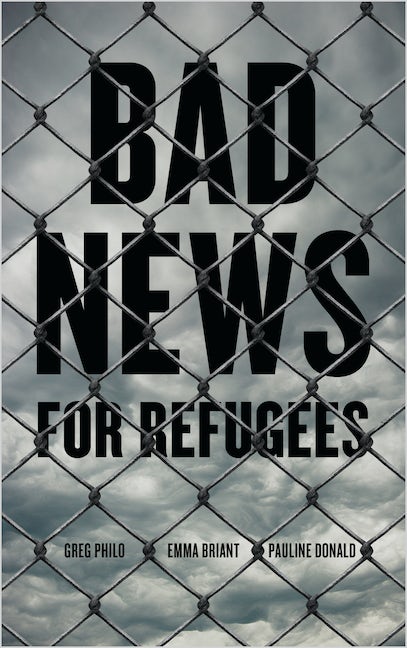 Through forensic research, conducted through interviews and analysis of media accounts, a history of contemporary migration and asylum is written. The authors examine the various catalysts for migration, in doing so reveal how economic migrants, refugees and asylum seekers are often conflated by the media. They explain negative reactions to new arrivals, describing the benefit cheat, criminals and job stealing narratives that dominate anti-migrant discourse. Case studies reveal how hysterical and inaccurate media accounts act to legitimise political action can have terrible consequences both on the lives of refugees and also on established migrant communities.

Based on new research by the renowned Glasgow Media Group, this book is essential reading for those concerned with the negative effects of media on public understanding and for the safety of vulnerable groups and communities in our society.

Emma Briant is a Lecturer in Journalism Studies at the University of Sheffield. She works on propaganda, influence and censorship in the US and UK and war reporting, and is the author of Bad News for Refugees (Pluto, 2013).

Pauline Donald is a researcher at the Glasgow Media Group. She is the co-author of Bad News for Refugees (Pluto, 2013).

'A compelling analysis of what is omitted from media accounts, which voices are left unheard, how simplifications and stereotypes are generated' - Professor James Curran, Goldsmiths, University of London 'An invaluable contribution to what has become one of the most emotive political issues of recent decades' - Lee Bunce, postmag.org 'An essential corrective to the lies much of the media continue to spread about refugees' - Ian Sinclair, author of The march that shook Blair: An oral history of 15 February 2003 'Very informative and readable. It is timely and relevant following the orgy of racism in January with the press panic over an imminent invasion of 'Bulgarians and Romanians'' - Margaret Woods, Socialist Review 'Skilful and often brilliant exposé on news and media culture' - Sanjoy Banerjee, Column F
Acknowledgements
Introduction
1. Brief History of Contemporary Migration and Asylum
2. Methods and Main Explanations and Perspectives on Asylum
3. Media Content: Press and TV Samples
4. Case Studies of Media Content - 2011
5. Impacts of Media Coverage on Migrant Communities in the UK
Conclusion
Appendix 1: Guide to the Asylum Process
Appendix 2: Interviewees
Notes
Index