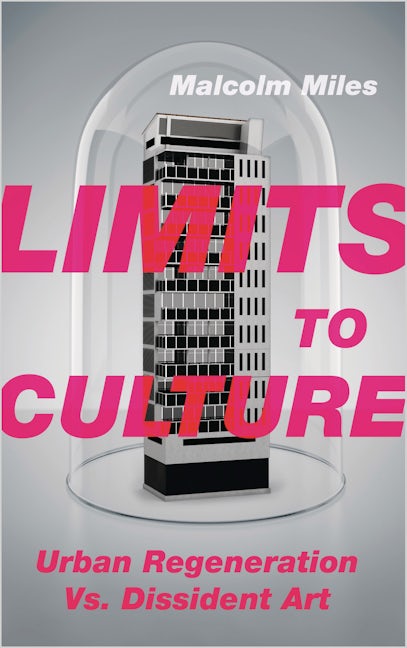 A critical look at cultural urban regeneration and how it is used as a political tool by the ruling elite to police populations.
How can we unmask the vested interests behind capital's 'cultural' urban agenda? Limits to Culture pits grass-roots cultural dissent against capital's continuing project of control via urban planning.

In the 1980s, notions of the 'creative class' were expressed though a cultural turn in urban policy towards the 'creative city'. De-industrialisation created a shift away from how people understood and used urban space, and consequently, gentrification spread. With it came the elimination of diversity and urban dynamism - new art museums and cultural or heritage quarters lent a creative mask to urban redevelopment.

This book examines this process from the 1960s to the present day, revealing how the notion of 'creativity' been neutered in order to quell dissent. In the 1960s, creativity was identified with revolt, yet from the 1980s onwards it was subsumed in consumerism, which continued in the 1990s through cool Britannia culture and its international reflections. Today, austerity and the scarcity of public money reveal how the illusory creative city has given way to reveal its hollow interior, through urban clearances and underdevelopment.

Malcolm Miles is Professor of Cultural Theory at the University of Plymouth. He is the author of Herbert Marcuse: an Aesthetics of Liberation (Pluto, 2011) and Limits to Culture (Pluto, 2015).

'A clear sighted and important contribution. At last, a much needed corrective to the narrative of the 'creative class'. I really recommend it.' - Anna Minton, Reader in Architecture at the University of East London and author of Ground Control 'Builds on more than a decade of writing against the grain of culture-led urban regeneration. This book is not only critique but an attempt to re-imagine what a progressive future for cities might be' - Justin O'Connor
List of Illustrations
Introduction
1. Cultural Turns: A De-Industrialised Estate
2. Creative Classes: Aesthetics and Gentrification
3. Colliding Values: Civic Hope and Capital’s Bind
4. New Cool: England’s New Art Museums
5. New Codes: Culture as Social Ordering
6. New Air: Urban Spaces and Democratic Deficits
7. Dissent: Antagonistic Art in a Period of Neoliberal Containment
8. Limits to Culture: Art after Occupy
Notes
Index
Published by Pluto Press in Jun 2015
Paperback ISBN: 9780745334349
eBook ISBN: 9781783713097