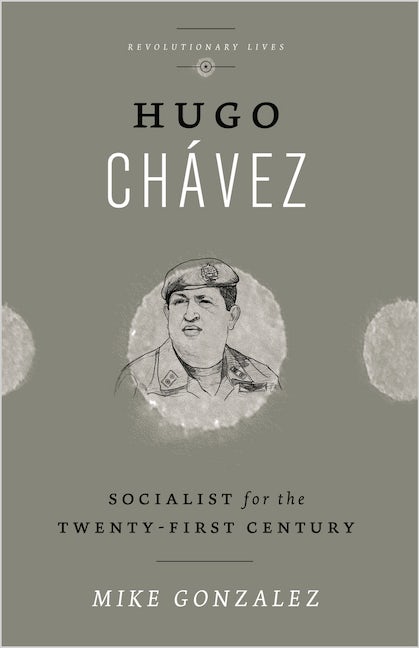 Socialist for the Twenty-first Century

The first biography published after Chavez's death, tracing his life from a poor rural family to the Miraflores Presidential Palace in Caracas.
When Hugo Chavez, then President of Venezuela, died in 2013, millions across the globe mourned. In an age where most politicians inspire only apathy and cynicism, Chavez's popularity, radicalism and vibrant personality were truly unique.

Gonzalez details Chavez's close connection to the masses and how he enraged wealthy elites by declaring his support for 21st century socialism. He concludes that the struggle for social justice inspired by Chavez can and must continue. This is an ideal guide to Chavez's inspiring life and legacy.

'A seminal work on the ideological and political formation of the former Venezuelan President and leading figure of twenty-first century socialism' - Francesco Di Bernardo, LSE Review of Books 'For activists and scholars alike, this is an excellent biography, which mirrors in its nuances and subtleties the complexity of the Bolivarian process and the figure of Chavez himself' - Jeffery R. Webber, Queen Mary University of London, author of Red October: Left-Indigenous Struggles in Modern Bolivia 'Mike Gonzalez possesses a extraordinarily rich knowledge of the Latin American left, has engaged critically with the politics of modern military institutions, and has an abiding interest in independently-minded public figures. He has brought these singular attributes together in this lucid portrait of Hugo Chavez' - Professor James Dunkerley, Queen Mary University
List of Illustrations
Glossary
Timeline
Introduction: A Man for Difficult Times
1. The Plainsman
2. The Dream of Simón Bolívar
3. From Insurrection to Election
4. Episodes in the Class War
5. The Bolivarian Revolution Advances
6. The Contradictions of Twenty-First-Century Socialism
7. The Legacy of Hugo Chávez
Notes
Index
Published by Pluto Press in Feb 2014
Paperback ISBN: 9780745334653
eBook ISBN: 9781783710300