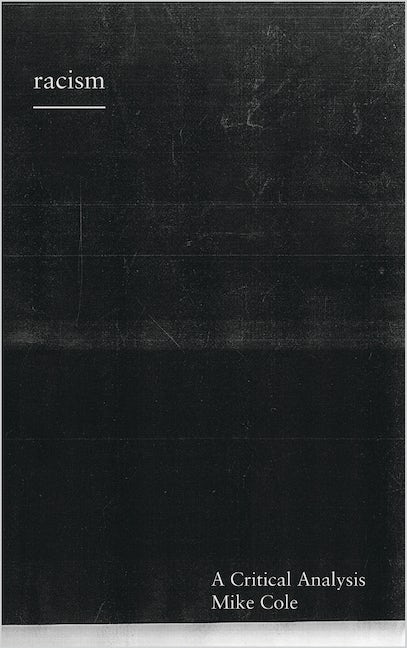 A sophisticated analysis of the multiple form of racism in the UK, US and Australia

The book traces the legacy of racism across three continents, from its origins to the present day, bringing a sophisticated neo-Marxist analysis to bear on a muti-faceted and endemic topic.

Mike Cole takes us through the racial histories of the United Kingdom, the United States and Australia. In the UK, he focuses on the effects of colonialism, anti-Gipsy, Roma and Traveller and xeno-racism. Turning to the United States, he charts the legacies of indigenous genocide and slavery, as well as exploring anti-Latina/o racism. Finally, in Australia, he interrogates the idea of 'Terra Nullius' and its ongoing impact on the indigenous peoples, as well as racism experienced by South Sea Islanders and Asians.

'Reminds us of the histories of racism across America, Australia and the UK. This is an important reminder of the need to take a long view as we renew our shared struggle against the racism still scarring human lives across the globe'

'[An] interesting, clear, and thoughtful piece of scholarship'

END_OF_DOCUMENT_TOKEN_TO_BE_REPLACED
Back to Top
X