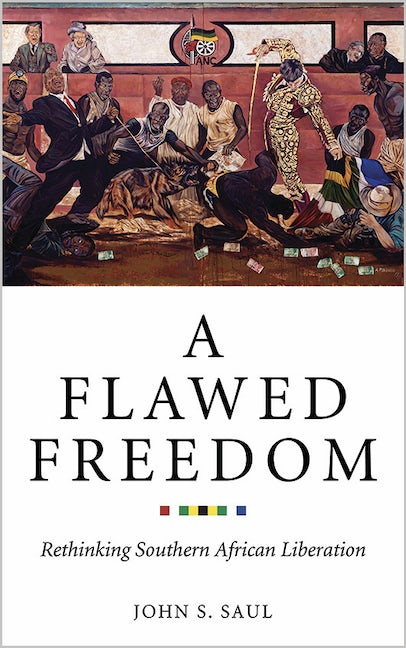 Examines the grim reality of southern Africa's contemporary post-'liberation' plight, with up-to-date analysis of the ANC and social movements.

Twenty years on from the fall of apartheid in South Africa, veteran analyst and activist John S. Saul examines the liberation struggle, placing it in a regional and global context and looking at how the initial optimism and hope has given way to a sense of crisis following soaring inequality levels and the massacre of workers at Marikana.

With chapters on South Africa, Tanzania and Mozambique, Saul examines the reality of southern Africa's post-'liberation' plight, drawing on the insights of Frantz Fanon and Amilcar Cabral and assessing claims that a new 'precariat' has emerged.

Saul examines the ongoing 'rebellion of the poor', including the recent Marikana massacre, that have shaken the region and may signal the possibility of a new and more hopeful future.

John S. Saul is a fellow of the Royal Society of Canada. He is the author of A Flawed Freedom: Rethinking Southern African Liberation (Pluto, 2014) He was awarded a Lifetime Achievement Award in 2011 by the Canadian Association of African Studies for his writing and lecturing on South Africa.

'Covers a great deal of ground in an accessible and lively fashion. Concisely and tightly argued, it is a powerful rebuff to 'Afropessimists' and neoliberals alike' - Leo Zeilig, author of Class Struggle and Resistance in Africa (2008)

'Saul combines in his person much of what is best about the international political culture of the left' - Aijaz Ahmed, Indian Marxist scholar and activist

'Saul's greatest contribution has been sharing ideas, criticising and giving advice - reminding us that we should base our ideology on the concrete realities of our country and people, not on ready-made manuals' - Jorge Rebelo, poet, long-time Frelimo militant, and cabinet minister in the first government of a liberated Mozambique

'Saul's writing is as much the fruit of many decades of struggle and commitment to the cause of the working class in Africa as it is of careful scholarly work. Both as a scholar and as an activist he has taught and inspired many revolutionaries, myself included, and has been part of bold practical efforts to go beyond capitalism' - Trevor Ngwane, leading South African activist

Introduction: 'Globalization Made Me Do It' vs. 'The Struggle Continues'
1. The Failure of Southern African Liberation?
2. Tanzania Fifty Years On (1961–2011): Rethinking Ujamaa, Nyerere and Socialism in Africa
3. Mozambique – Not Then but Now
4. On Taming a Revolution: The South African Case
5. The New Terms of Resistance: Proletariat, Precariat and the Present African Prospect
6. Conclusions: The Struggle Really Does Continue in Southern Africa
Appendices
Index
Published by Pluto Press in Apr 2014
Paperback ISBN: 9780745334790
eBook ISBN: 9781783711420