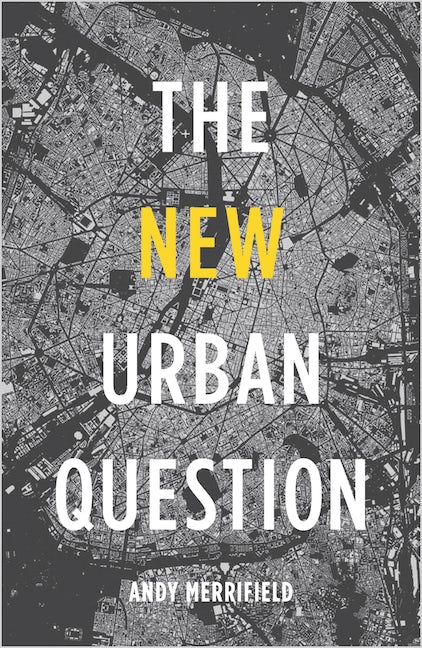 From Haussmann's attempts to use urban planning to rid 19th-century Paris of workers revolution to the contemporary metropolis, including urban disaster-zones such as downtown Detroit, Merrifield reveals how the urban experience has been profoundly shaped by class antagonism and been the battle-ground for conspiracies, revolts and social eruptions.

Going beyond the work of earlier urban theorists such as Manuel Castells, Merrifield identifies the new urban question that has emerged and demands urgent attention, as the city becomes a site of active plunder by capital and the setting for new forms of urban struggle, from Occupy to the Indignados.

Andy Merrifield is a Fellow of Murray Edwards College, Cambridge and the author of numerous books including The New Urban Question, (Pluto, 2014) Magical Marxism (Pluto, 2011) and The Wisdom of Donkeys (Short Books, 2009).

'Merrifield is accessible, optimistic and even fun' - New York Times 'An exciting writer who brings a fresh perspective to the political debate' - New Internationalist 'Read Merrifield, whose writing is a breath of fresh air in an increasingly arid intellectual field' - Duncan Bowie, The Chartist
Preface: Neo-Haussmannization and Its Discontents
1. Whither Urban Studies?
2. Old Urban Questions Revisited (and Reconstituted)
3. Cities under Tension
4. Strategic Embellishment and Urban Civil War
5. Sentimental Urban Education
6. Urban Jacobinism
7. Old Discourse on New Inequality
8. Every Revolution Has Its Agora
9. Taking Back Urban Politics
10. Whose City? The Parasites’, of Course...
Afterword: The Parasitic Mode of Urbanization
Index
Published by Pluto Press in Mar 2014
Paperback ISBN: 9780745334837
eBook ISBN: 9781783711369