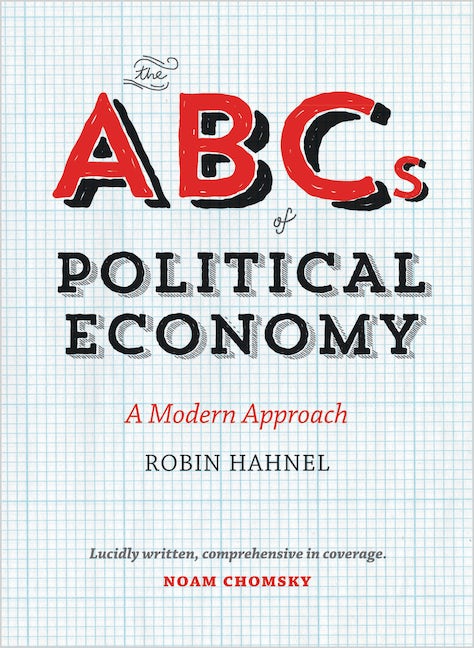 The ABCs of Political Economy

A second, updated edition of this accessible and myth-dispelling introduction to our current economic system
This revised edition of ABCs is a lively and accessible introduction to modern political economy. Informed by the work of Marx, Veblen, Kalecki, Robinson, Minsky and other great political economists, Robin Hahnel provides the essential tools needed to understand economic issues today.

This second edition applies the analytical tools developed to help readers understand the origins of the financial crisis of 2007, the ensuing 'Great Recession', and why government policies in Europe and North America over the past six years have failed to improve matters for the majority of their citizens. The second edition also helps explain what is causing climate change and what will be required if it is to be resolved effectively and fairly.

Robin Hahnel is Professor Emeritus of Economics at American University in Washington DC. He is author of The ABCs of Political Economy (Pluto, 2014), Green Economics (Routledge, 2011), and Of the People, By the People: The Case for a Participatory Economy (AK Press, 2012).

'Lucidly written, comprehensive in coverage, based on expert understanding and insight' - Noam Chomsky 'Most economists worship the market, describing it as a fair, impersonal arbiter of efficiency. Robin Hahnel brilliantly debunks this religion, providing powerful explanations of market failures on both micro- and macroeconomic levels. He combines clear exposition and mathematical illustration with a compelling passion for progressive social change' - Nancy Folbre, Professor of Economics, University of Massachusetts 'Must our economic lives be dominated by greed and competition? Free market economists have long answered 'yes'. The ABCs of Political Economy shows that what they 'know' is not so. Robin Hahnel writes with clarity, originality, verve and a relentless moral passion' - Robert Pollin, Professor of Economics and Co-Director, Political Economy Research Institute, University of Massachusetts, Amherst 'A visionary book ahead of its time. In this second edition Robin Hahnel has done a masterful job analysing the momentous economic, social, political, and environmental events of the past decade and integrating his findings into the work. A stimulating, creative and important contribution to help us all answer the question: 'What is to be done?' in a bold, yet actionable way' - Gar Alperovitz, author of What Then Must We Do? and America Beyond Capitalism is Lionel R. Bauman Professor of Political Economy at the University of Maryland and Co-founder of the Democracy Collaborative
List of Illustrations
Preface to the Revised and Expanded Edition
1. Economics and Liberating Theory
2. What Should We Demand from Our Economy?
3. Efficiency and Economic Justice: A Simple Corn Model
4. Markets: Guided by an Invisible Hand or Foot?
5. Microeconomic Models
6. Macroeconomics: Aggregate Demand as Leading Lady
7. Money, Banks and Finance
8. International Economics: Mutual Benefit or Imperialism?
9. Macroeconomic Models
10. What Is to Be Undone? The Economics of Competition and Greed
11. What Is to Be Done? The Economics of Equitable Cooperation
Index