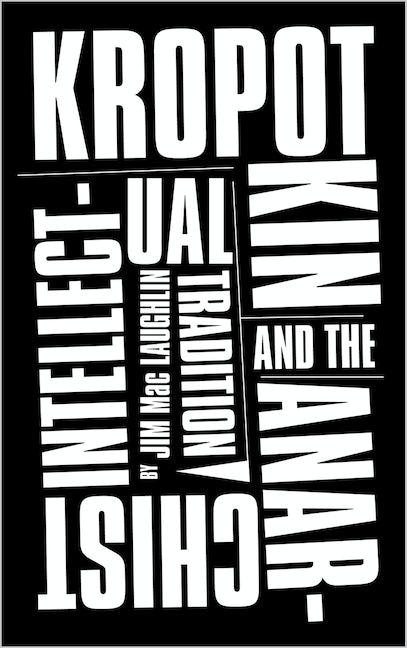 Kropotkin and the Anarchist Intellectual Tradition

Rescuing Kropotkin's anarchist philosophy from the neglect and misrepresentation it has suffered.

Peter Kropotkin's philosophy of anarchism suffers from neglect in mainstream histories; misrepresented as a utopian creed or a recipe for social chaos and political disorder, the intellectual strengths and philosophical integrity is overlooked.

Moving beyond most previous accounts of Kropotkin's anarchism, Mac Laughlin focuses less on the man and his political career, instead providing a sustained and critical reading of his extensive writings on the social, historical and scientific basis of modern anarchism. The result is a thorough examination of a number of key themes in Kropotkin's philosophy of anarchism, including his concerted efforts to provide anarchism with an historical and scientific basis; the role of mutualism and mutual aid in social evolution and natural history; the ethics of anarchism, and the anarchist critique of state-centred nationalism and other expressions of power politics.

Jim Mac Laughlin is a political geographer and social scientist who has published widely on state formation, nation separatism, political regionalism, emigration, racism and the ideology of the social sciences. He is the author of Reimagining the Nation State: The Contested Terrains of Nation-building (Pluto, 2001).

'I would recommend this book to anyone looking for a lively introduction to the man's writing and its implications' - John Agnew, Distinguished Professor of Geography, UCLA

'A deeply intellectual, yet readable account of Kropotkin's life and thought, set in the context of a stellar account of the development of scientific anarchism. Essential for all critical thinkers and political activists desperately in need of a dose of optimism in these sorry times' - Richard Peet, Professor, Graduate School of Geography, Clark University

'An excellent introduction to Kropotkin&rsquo;s life and theory' - Science & Society