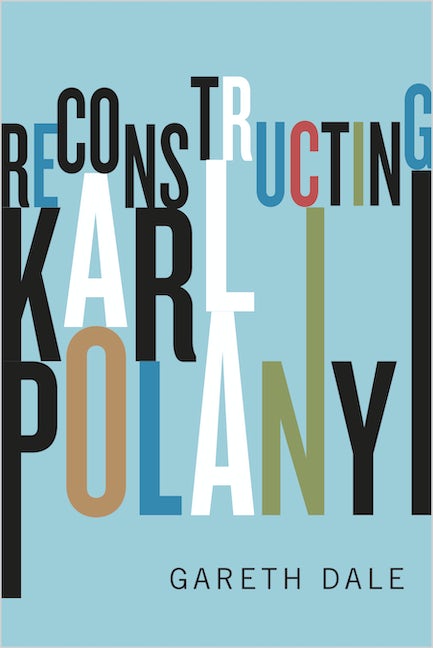 *Shortlisted for the Deutscher Memorial Prize 2017*

An opponent of traditional economics and a believer in economics' contingency to society and culture, Polanyi's work has a cross-disciplinary appeal, finding popularity in anthropology, economic history, economic sociology and political science. Paradoxical formulations, such as 'liberal socialist' and 'cosmopolitan patriot', are often used to describe Polanyi's intellectual and political vision. In exploring these paradoxes, Dale draws upon original writings and transcripts to reconstruct Polanyi's views on a range of topics long neglected in critical literature; including the history of antiquity, the evolution and dynamics of Stalin's Russia, McCarthyism and Polanyi's critical dialogue with Marxism.

Accompanying the reconstruction of his work is Dale's analysis of Polanyi's relevance to current issues, notably the 'clash' between democracy and capitalism, and the nature and trajectory of European unification. This proves an indispensable critical guide to Polanyian thought.

Gareth Dale is Senior Lecturer in Politics and International Relations at Brunel University, England. He is the author of First the Transition, then the Crash (Pluto, 2011), Reconstructing Karl Polanyi (Pluto, 2016) and Karl Polanyi: The Limits of the Market (Polity, 2010).

'Indispensable for understanding and applying Polanyian thought. Dale's book is a model of critical scholarship, placing Polanyi in historical context and skillfully tracing thedevelopment of his theory'

- Wolfgang Streeck, Emeritus Director of the Max Planck Institute for the Study of Societies, author of Buying Time and How Will Capitalism End?

'A magisterial culmination of the author’s extensive decade-long research'

- Alicia Girón, Professor and Researcher of the Economic Research Institute (IIEc) at the National University of Mexico

'No one digs deeper than Gareth Dale into Polanyi's mindset, into his politics as well as his scholarship'

'Full of gems and every paragraph reads like a dense fascinating summary of big debates ... there is much of interest here'