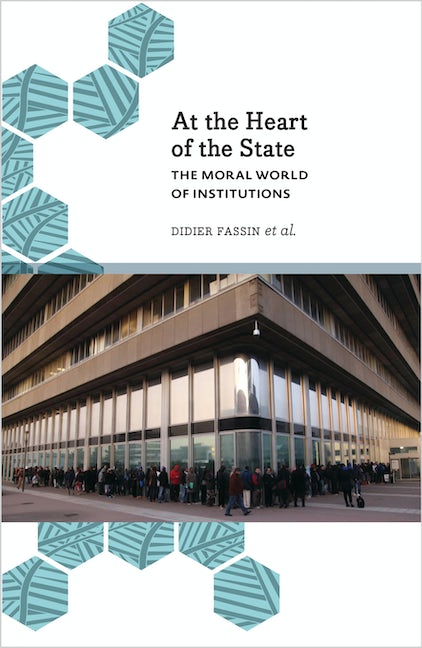 At the Heart of the State

The Moral World of Institutions

An edited collection that explores all aspects of the state and its institutions.
The state is often regarded as an abstract and neutral bureaucratic entity. Against this common sense idea, At the Heart of the State argues that it is also a concrete reality with a morality, embodied in the work of its agents and inscribed in the issues of its time.

A political and moral anthropology, this book is the result of a five-year investigation conducted by ten scholars, based in France. It analyses, amongst other topics, the police, the court system, the prison apparatus, the social services and mental health facilities. Combining genealogy and ethnography, its authors show that these state institutions do not simply implement laws, rules and procedures: they mobilise values and affects, judgements and emotions. In other words, they reflect the morality of the state.

Patrick Brown is the translator of At the Heart of the State (Pluto, 2015).

'Didier Fassin is one of the most imaginative social scientists of our time. This book should be considered not only as required reading for all scholars in the field, but also for all active citizens' - Pierre Rosanvallon, Professor of Modern and Contemporary History of Politics at the Collège de France 'An important collection of finely wrought case studies of various institutions through which the state interacts with its most precarious populations. A major contribution at the too rarely visited crossroads of political and moral anthropology' - Joel Robbins, Sigrid Rausing Professor of Social Anthropology, University of Cambridge 'This extraordinary collection delivers novel ethnographic questions and insights with regard to the literal and figurative dilemmas of alienation and incorporation within the contemporary state' - Carol J. Greenhouse, Arthur W. Marks '19 Professor of Anthropology and Department Chair at Princeton University