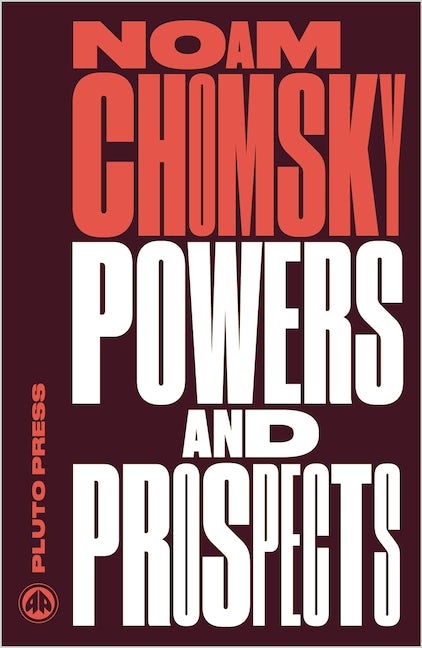 Reflections on Human Nature and the Social Order

An eclectic collection of Chomsky's writings on subjects ranging from East Timor and the Middle East to linguistics and social policy
From East Timor to the Middle East, from the nature of democracy to our place in the natural world, from intellectual politics to the politics of language, Powers and Prospects is a vital compilation of Chomsky's writings on a broad array of subject material. Chomsky lifts the veil of distortions that conceals the workings of history and social policy, and reveals how the 'new' world order is little more than a remarketing of the old. No admirer of Chomsky can afford to be without this timeless selection of his thought.

END_OF_DOCUMENT_TOKEN_TO_BE_REPLACED
Back to Top
X