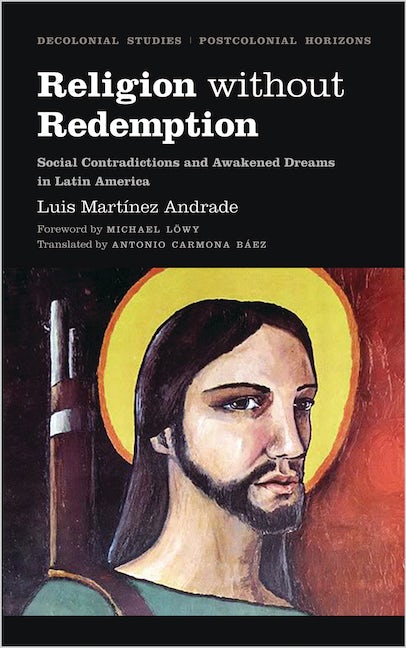 An account of modern liberation theory in today's Capitalistic Latin America
Latin America has been a place of radical political inspiration providing an alternative to the neoliberal model. Religion without Redemption looks at the sociology of religion, political philosophy and the history of ideas of the continent, in an attempt to show how Western understanding fails to come close to a correct analysis of how and why political and economic characteristics work as they do.

It focuses on how the centrality of religion for the people of Latin America has influenced how they interact with the changes in the modern economic system. Capitalism has taken on religious characteristics: it has sacred places of worship, such as the shopping mall, as well as its own prophets. This book explains how this form of ‘cultural religion’ accompanies many aspects of life in a contradictory manner: not only does it fulfil the role of legitimating oppression, it also can be a powerful source of rebellion, unveiling thus a subversive side to the status quo.

Religion Without Redemption advances the ideas of liberation theory into the 21st century, and challenges the provincialism to which many Latin American thinkers are usually consigned.

Luis Martinez Andrade is a Mexican essayist, with a PhD in sociology from EHESS in Paris. In 2009 he received the internationally acclaimed Thinking Against the Mainstream essay award in Havana. He is the author of Religion Without Redemption (Pluto, 2015).

Foreword by Michael Löwy
Prologue
Part I: Entelechies and Cathedrals
1. Civilising Paradigms and Colonial Atavisms: Power and Social Sciences
2. The Shopping Mall as the Paradigmatic Figure of Neocolonial Discourse: Racism and Power in Latin America
Part II: Utopia and Liberation
3. The Portentous Eclosion of the Principle of Hope: Ernst Bloch and Liberation
4. The Gun Powder of the Dwarf: Unearthly Reflections on Contemporary Political Philosophy
5. Tendencies and Latencies of Liberation Theology in the Twenty-First Century
Notes
Bibliography
Index
Published by Pluto Press in Mar 2015
Paperback ISBN: 9780745335728
eBook ISBN: 9781783712946