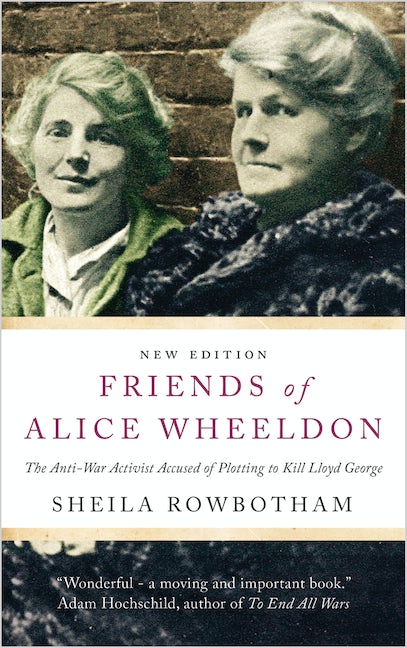 The Anti-War Activist Accused of Plotting to Kill Lloyd George

An intense, claustrophobic play about a show-trial of an innocent woman at the height of the First World War.
This play re-enacts the 1917 trial and imprisonment of Alice Wheeldon, the renowned suffragist, for her alleged role in plotting to assassinate the Prime Minister Lloyd George. It is prefaced by an extended essay 'Rebel Networks in the First World War'.

With claustrophobia and anger, the play recounts how Wheeldon's involvement in socialism, suffragism and the anti-war movement did not endear her to the establishment, and in times of growing class antagonism and war how the government needed to create a traitor.

The controversial trial became something of a cause celebre - a show trial at the height of the First World War - based on fabricated evidence from the criminally insane fantasist 'Alex Gordon'. It was a travesty of justice.

First published nearly thirty years ago, this edition points readers to subsequent research into the case and the ongoing campaign to clear the name of Alice Wheeldon.

'Wonderful, moving and important' - Adam Hochschild, author of 'To End All Wars: How the First World War Divided Britain' 'The labyrinthine connections of the time between suffragists, shopstewards, anarchists, Marxists, the Independent Labour Party, the Socialist Labour Party and a rich variety of anti-war protestors have never been more brightly illuminated' - Guardian 'A comprehensive view of the government's attitude to the radical left: it also asks important questions about the role and response of the left to the workings of the state and how we can create alternatives that work' - Morning Star
Acknowledgements
Introduction
1. Rebel Networks in the First World War
2. Friends of Alice Wheeldon - Playscript
Afterword
Glossary
Notes
Index
Published by Pluto Press in Apr 2015
Paperback ISBN: 9780745335759
eBook ISBN: 9781783713172