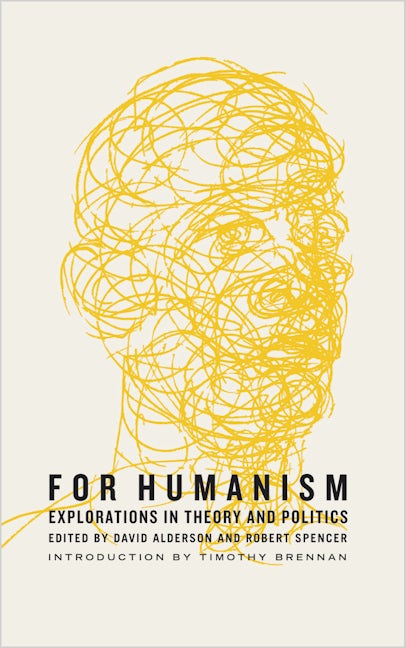 Explorations in Theory and Politics

The restoration of humanism to the radical left
Today, anti-humanism is a dominant, even definitive, feature of contemporary theory. Setting out to challenge this tendency, editors David Alderson and Kevin Anderson argue that the political moment demands a reappraisal of the humanist tradition.

Humanism, in all its diversity and complexity, may facilitate the renewal of progressive theory through the championing of human subjectivity, agency and freedom. Across four extended essays, David Alderson, Kevin Anderson, Barbara Epstein and Robert Spencer engage critically with the Marxist tradition, recent developments in poststructuralism, postcolonialism and queer theory.

Incorporating an overview of the historical context that resulted in socialist humanism’s eclipse in the 1950s and '60s, and a strident critique of anti-humanism, For Humanism offers a coherent and compelling argument for the rehabilitation of a much maligned tradition.

David Alderson is Senior Lecturer in Modern Literature at the University of Manchester. He has written widely about the relations between gender, sexuality and neoliberalism. He is co-editor of For Humanism: Explorations in Theory and Politics (Pluto, 2017) and author of Sex, Needs, and Queer Culture: From Liberation to the Postgay (Zed Books, 2016).

Robert Spencer is Senior Lecturer in Postcolonial Literatures and Cultures at the University of Manchester. He writes and teaches in the areas of modernism, cultural theory and postcolonial writing. He is co-editor of For Humanism (Pluto, 2017).

'A major intervention into contemporary discussions about the resources of political hope, this volume insists upon the continuing indispensability and, indeed, radicalness of humanism as both a critical philosophy and a moral-political template' - Neil Lazarus, Professor of English and Comparative Literary Studies, University of Warwick

Why we need Marxist-Humanism now

Narrativising his humanist awakening, Robert Spencer defends humanism against its rejection by strands of anti-foundationalist thought, such as postcolonialism and queer theory, demonstrating that Marxism has a place in humanist thought.

END_OF_DOCUMENT_TOKEN_TO_BE_REPLACED
Back to Top
X