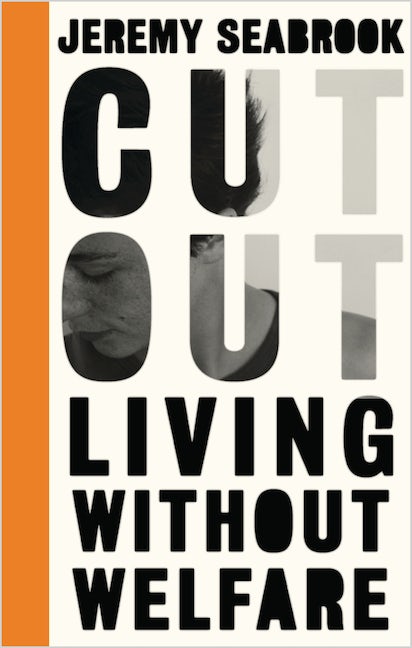 Cut Out speaks to people whose support from the state – for whatever reason – is now being withdrawn, rendering their lives unsustainable.
Britain's welfare state, one of the greatest achievements of our post-war reconstruction, was regarded as the cornerstone of modern society. Today, that cornerstone is wilfully being dismantled by a succession of governments, with horrifying consequences. The establishment paints pictures of so-called 'benefit scroungers', the disabled, the sickly and the old.

In Cut Out: Living Without Welfare, Jeremy Seabrook speaks to people whose support from the state - for whatever reason - is now being withdrawn, rendering their lives unsustainable. In turns disturbing, eye-opening, and ultimately humanistic, these accounts reveal the reality behind the headlines, and the true nature of British politics today.

Jeremy Seabrook has been writing books for over half a century. His articles have been featured in the Guardian, The Times and the Independent. He has written plays for stage, TV and the theatre, some in collaboration with his close friend, Michael O’Neill. His many books include People Without History: India’s Muslim Ghettos and Cut Out: Living Without Welfare.

'For half a century, in one delicately textured study after another, Seabrook has established himself as perhaps Britain's finest anatomist of class, deindustrialisation, migration and the spiritual consequences of neoliberalism' - Sukhdev Sandhu, Guardian 'Giving a voice to the many people who have become increasingly isolated and unsupported in their struggle to survive, this is a useful resource for activists campaigning for social justice and against the government's cuts' - Peace News
Series Preface
Acknowledgements
Introduction
1. Welfare Cuts: The Wider Context
2. Being There: A Sense of Place
3. The Fall of Industrial Male Labour
4. Benefit Fraud
5. A Fate Foretold
6. Sheltered Accommodation
7. Zubeida
8. Azma
9. Kareema
10. Born at the Wrong Time
11. Abigail
12. Adele and Clifford
13. Graham Chinnery: Zero Hours
14. Andrea
15. Carl Hendricks
16. Arif Hossein
17. The Idea of Reform
18. People with Disability
10. Amanda
20. Belfort: Survival
21. Lorraine: In the Benefits Labyrinth
22. Jayne Durham
23. Paula
24. Violence against Women
25. Faraji
26. ‘Doing the Right Thing’
27. Grace and Richard
28. ‘It Can Happen to Anyone’
29. Andrew
30. Lazy Categories
31. The Secret World of ‘Welfare’
32. Self-Employment as a Refuge
33. Joshua Ademola
34. Dayanne: The Right Thing and the Wrong Result
35. The Roots of Alienation
36. Imran Noorzai
37. Farida: The Duty of Young Women
38. Welfare and Mental Health
39. Alison: The Loneliness of Being on Benefit
40. Kenneth Lennox
41. Marie Fullerton
42. Gus: A Heroic Life
43. Stolen Identities: Epitaph for a Working Class
Conclusion
Further Reading
Published by Pluto Press in Jun 2016
Paperback ISBN: 9780745336183
eBook ISBN: 9781783718047

END_OF_DOCUMENT_TOKEN_TO_BE_REPLACED
Back to Top
X