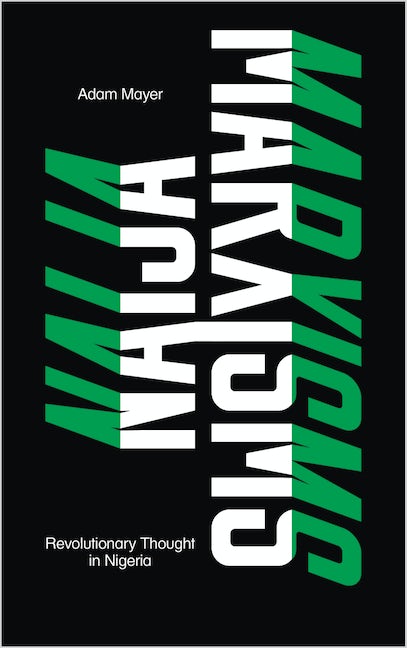 Traces the historical trajectories that leftist movements underwent since the 1940s and argues that Marxism is alive and well in Nigeria.
Since the 1940s, Marxist thought has blossomed in Nigeria. The history of 'Naija Marxism' is also that of the country's labour movement, its feminist movement, its social thought and political economy. It has been the mainstay of party politics in the case of illegal Marxist party formations and legal anti-feudalist forces and in the NGO sector. Long gone are the days when Marxism meant imported pamphlets and a disconnected ideology.

Drawn from years of research in Nigeria and elsewhere, Naija Marxisms breaks new ground in tracing the historical trajectories that leftist movements underwent since the 1940s, whilst arguing that Marxism is alive and well in Nigeria. The book brings together Nigeria’s pre-eminent radical thinkers, from Usman Tar and Edwin Madunagu, who are currently espousing a Marxian political economy and providing a class-based approach in the country’s mainstream media channels, to the international reach of key Nigerian Marxists, such as Mokwugo Okoye, Ikenna Nzimiro and Eskor Toyo.

Adam Mayer is Assistant Professor of International Relations at Webster University, Thailand. Formerly he served with international NGOs in Afghanistan, before teaching Politics at American University of Nigeria, Yola.

'A splendid book - erudite, accessible, and entirely original' - Leo Zeilig, author of Lumumba (Haus Publishing, 2008) and Frantz Fanon (I.B. Tauris, 2014) 'A wonderful, insightful introduction to a topic that everyone interested in political change and social justice should know more about' - Imre Szeman, Canada Research Chair in Cultural Studies, University of Alberta and co-editor of Contemporary Marxist Theory: An Anthology 'African Marxism has been neglected not only in Westernised Universities but also by the Marxist Left. Here is a corrective to this trend. This is a 'tour de force' in many fields of scholarship' - Professor Ramon Grosfoguel, University of California at Berkeley 'Adam Mayer has taken up a huge task, which helps to put the rich canvass of the Nigerian Left in sharp historic relief, to a global audience. Considering the breadth and depth of its hitherto largely unexplored subject matter, it is an excellent effort which is concisely articulated' - Baba Aye, National Convener, United Action for Democracy (UAD) 'Adam Mayer has done something of exceptional importance - he has rescued the history of Nigerian Marxism from scholarly and political oblivion. This is the first book-length history of Marxism and Marxist thought in Nigeria' - Maxim Matusevich, Associate Professor of World History, Seton Hall University, author of Africa in Russia, Russia in Africa: Three Centuries of Encounters (2006), and No Easy Row for a Russian Hoe: Ideology and Pragmatism in Nigerian-Soviet Relations, 196 'This is the first major book on the Nigerian Left, carefully revealing the socialist ideas of Marxist movements, along with their achievements and failures, all set in the larger context of a troubled country.' - Toyin Falola, Past President, African Studies Association, Jacob and Frances Mossiker Chair in the Humanities and University Distinguished Teaching Professor, University of Texas at Austin 'A comprehensive and accessible introduction to the history of Marxist thought in Nigeria. If you are angry about the current state of society in Nigeria, you should use this book to learn important lessons from those who struggled against similar challenges' - Andy Wynne, Senior Lecturer at the University of Leicester, and a researcher in Nigeria 'Three-plus decades in the aftermath of post-colonial euphoria and a quarter century after the implosion of the Soviet Union, Adam Mayer's work on Nigerian 'Marxisms' is a much welcomed contribution to the study of Africa's largest country' - William Hansen, American University of Nigeria, Yola 'The scope and depth of the work is simply astonishing. In a style that is both informative and witty, Mayer's work gives us deep insight into the forces that have shaped Nigeria into the state it is today' - Professor Michael Erickson, Webster University 'An eloquent celebration of the development and growth of variants of socialist ideas and the socialist movement in Nigeria from the 1940s to the present.' - Femi Aborisade, labour rights activist and trade union barrister
Acknowledgements
1. Introduction
2. The Descent
3. Leftist Movements in Nigeria
4. International Relations of the Nigerian Left
5. Activists, Historiographers and Political Thinkers: Marxist-Leninism versus Heterodoxies
6. Political Economists
7. Marxian Feminisms
8. Conclusion: Analysing Nigerian Marxism
Notes
Bibliography
Index
Published by Pluto Press in Jul 2016
Paperback ISBN: 9780745336572
eBook ISBN: 9781783717897

Adam Mayer discusses the importance of recognising and engaging with the rich history of Marxist scholars in Nigeria.

END_OF_DOCUMENT_TOKEN_TO_BE_REPLACED
Back to Top
X