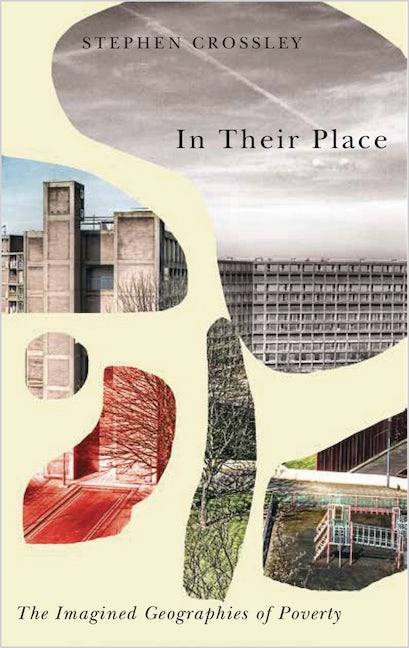 The Imagined Geographies of Poverty

The alleged behavioural failings of 'poor people' have attracted a great deal of academic and political scrutiny. Spatial inequalities are also well documented and poor neighbourhoods have been extensively researched. However, other spaces have been re-imagined in different ways by politicians, academics, journalists and social reformers. These imagined geographies include exoticised slums, cities being reclaimed by nature, the street and domestic spaces like the kitchen, or even the bedroom.

In Their Place highlights how these spaces are represented and how these representations are deployed, manipulating political and media discourses around the individuals and communities who live there. These distortions are often used to keep people in their place by making sure everyone knows where 'the poor' belong. This book will reorient those interested in human geography away from 'deprived neighbourhoods' and back to the foundational spaces where political decisions - and poverty - are made in Britain today.

Stephen Crossley is Senior Lecturer in Social Policy at Northumbria University. He previously worked on a regional child poverty project in the North East of England and has also worked in local government and with local voluntary sector organisations in neighbourhood youth work and community development roles. He is the author of In Their Place: The Imagined Geographies of Poverty (Pluto, 2017).

'Poverty is such a strong word and is not used as much as it needs to be. I am very grateful that this book does not shy away from those difficult words and also those difficult conversations about poverty in Britain today' - Lisa Mckenzie, author of Getting By: Estates, Class and Culture in Austerity Britain 'Forensically maps the 'Othering' of poor people, charting the stigmatisation, exoticisation, spatial marginalisation and even aestheticisation of their neighbourhoods' - Alison Garnham, Chief Executive, Child Poverty Action Group 'Stephen Crossley has become one of the leading critical voices in the debate on poverty and inequality in the UK, and this remarkable and elegant book is a superb illustration of why his voice is so important' - Tom Slater, Reader in Urban Geography, University of Edinburgh
Acknowledgements
Series Preface
1. Introduction: The Spaces of Others
2. Swamps and Slums: Exoticising the Poor
3. Tales of Two Cities
4. Neighbourhood Effects or Westminster Effects?
5. Streetwise?
6. The Heroic Simplification of the Household
7. Piles of Pringles and Crack: Behind Closed Doors
8. Less Public, More Private: The Shifting Spaces of the State
9. Studying Up
Notes
Index
Published by Pluto Press in Aug 2017
Paperback ISBN: 9780745336794
Hardcover ISBN: 9780745336831
eBook ISBN: 9781786801203
eBook ISBN: 9781786801203