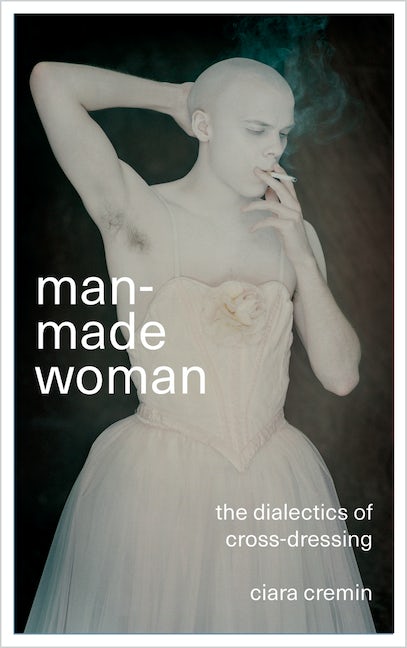 The Dialectics of Cross-Dressing

An auto-ethnography of cross-dressing, framed by Marxism and psychoanalytic theory
On July 27th, 2015, Colin Cremin overcame a lifetime of fear and repression and came to work dressed as a woman called Ciara. This book charts her personal journey as a male-to-female cross-dresser in the ever-changing world of gender politics.

Interweaving the personal and the political, through discussions of fetishism, aesthetics and popular culture, Man-Made Woman explores gender, identity and pleasure through the lenses of feminism, Marxism and psychoanalytic theory. Cremin's anti-moralistic approach dismantles the abjection associated with male-to-female cross dressing, examining the causes of its repression, and considers what it means to publicly materialise desire on her body. Emancipatory and empowering: Cremin interrogates her, his and our relationship to the gender binary.

Man-Made Woman is an experiment in thought and practice through which both author and reader are drawn ultimately into a conflict with our material, ideological and libidinal relationship to patriarchal-capitalism.

Ciara aka Colin Cremin is Senior Lecturer in the Sociology Department at the University of Auckland. She is author of several books, including Man-Made Woman (Pluto, 2017), Totalled (Pluto, 2015) and Capitalism's New Clothes (Pluto, 2011).

'Cremin explores the relationship between theory and life with intelligence and wit' - Juliet Jacques, author of Trans: A Memoir (Verso, 2016) 'Laced with some occasional edginess, it is a wonderful book, erudite, politically astute, brilliantly written, and at times wickedly funny. It's my favourite I've read for quite some time' - Jeff Hearn, Hanken School of Economics, Finland; University of Huddersfield, UK; author of Men of the World
Acknowledgements
1. What’s In A Dress?
2. On The Lavatory Question
3. The Aesthetic of Cross-Dressing
4. Everyone’s a Fetishist
5. How Popular Culture Made Me (a Woman)
6. Full Exposure
Notes
Bibliography
Index
Published by Pluto Press in Aug 2017
Paperback ISBN: 9780745337128
eBook ISBN: 9781786801425

In this video, Ciara Cremin, author of Man-Made Woman: The Dialectics of Cross-Dressing talks about desire, gender, masculinity and society through the lens of critical theory and cross-dressing.

END_OF_DOCUMENT_TOKEN_TO_BE_REPLACED

VIDEO: What are the limitations of ‘gender neutrality’?

In this video, Ciara Cremin, author of Man-Made Woman: The Dialectics of Cross-Dressing (Pluto, 2017) talks about the limitations of ‘gender neutrality’ as it often framed in popular discourse.

END_OF_DOCUMENT_TOKEN_TO_BE_REPLACED
Back to Top
X