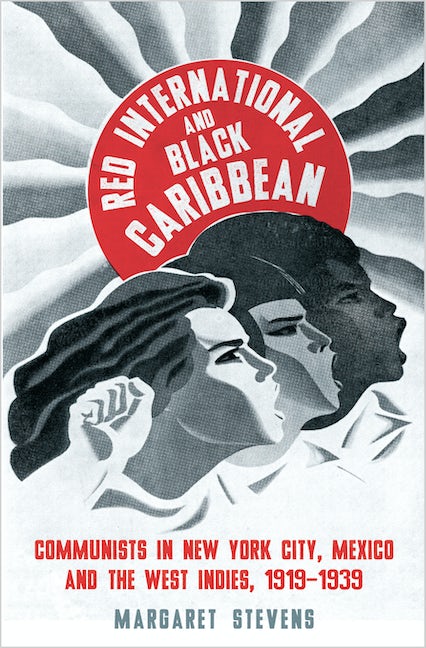 A groundbreaking history of Communist organisations and struggle in the Caribbean, focusing on women, peasants of colour and black workers.
*Selected as one of openDemocracy's Best Political Books of 2017*

This is the history of the black radicals who organised as Communists between the two imperialist wars of the twentieth century. It explores the political roots of a dozen organisations and parties in New York City, Mexico and the Black Caribbean, including the Anti-Imperialist League, and the American Negro Labour Congress and the Haiti Patriotic League, and reveals a history of myriad connections and shared struggle across the continent.

This book reclaims the centrality of class consciousness and political solidarity amongst these black radicals, who are too often represented as separate from the international Communist movement which emerged after the Russian Revolution in 1917. Instead, it describes the inner workings of the 'Red International' in relation to struggles against racial and colonial oppression. It introduces a cast of radical characters including Richard Moore, Otto Huiswoud, Navares Sager, Grace Campbell, Rose Pastor Stokes and Wilfred Domingo.

Challenging the 'great men' narrative, Margaret Stevens emphasises the role of women in their capacity as laborers; the struggles of peasants of colour; and of black workers in and around Communist parties.

Margaret Stevens is Professor in the Department of History at Essex County College in Newark. She is a contributor to the volume Communist Histories, Volume 1 (LeftWord, 2016) and the author of Red International and Black Caribbean (Pluto, 2017).

'An essential book for those who want to understand the democratic history of the world, of how ordinary people lived extraordinary lives to fight for a just and true society' - Vijay Prashad, author of The Darker Nations: A People's History of the Third World 'In this ambitious and original study, Margaret Stevens uncovers networks of working class organization forged against racism, colonialism, and capitalism. Sharply argued and passionately written, Stevens compels us to both study and strive towards a bold radical vision of international solidarity' - Christina Heatherton, Assistant Professor of American Studies, Barnard College 'Recommended' - CHOICE
List of Figures
List of Abbreviations
Acknowledgements
Introduction
Part I: Bolshevism in Caribbean Context
1. The Dark World of 1919
2. Hands Off Haiti!
3. El Dorado Sees Red
Part II: Two Steps Forward
4. Every Country Has a Scottsboro
5. The ‘Black Belt’ Turned South and Eastward
Part III: Race, Nation and the Uneven Development of the Popular Front
6. The Temperament of the Age
7. Good Neighbors and Popular Fronts
8. Of ‘Dogs, Hogs and Haitians’
Notes
Index

END_OF_DOCUMENT_TOKEN_TO_BE_REPLACED

Margaret Stevens, author of Red International and Black Caribbean, explores the case of the Scottsboro Boys and the solidarity it elicited internationally. She also considers the early civil rights case’s relevance today.

END_OF_DOCUMENT_TOKEN_TO_BE_REPLACED
Back to Top
X