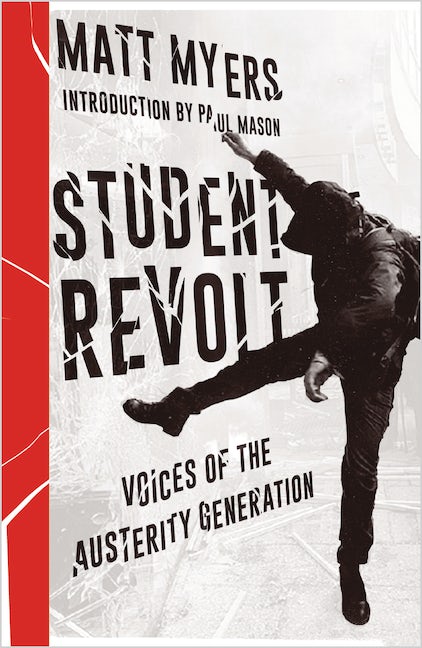 A lively oral history of the British student protests of 2010, bringing together activists, students, politicians and workers
*Selected as one of openDemocracy's Best Political Books of 2017*

Whatever happened to the student revolt? In 2010 young people across Britain took to the streets to defy a wave of government attacks on education, increasing tuition fees, and cuts to grants for college students. Months of occupations, kettling and outbreaks of violence ensued, but to what effect? Today, students face new attacks on higher education from the current Conservative government.

Student Revolt tells the story of the year that introduced a generation to the power of mass movement, through the voices of the people involved. Activists', students', university-occupiers', young workers' and politicians' testimonies are woven together to create a narrative which starkly captures both the deep divisions as well as the intense energy that sprung from its actors.

The 'Millbank Generation' has since moved on - some fell into political inactivity - but many went on to explore different forms of politics, where they continue to fight. This book will provide a poignant reminder of the revolt for today's activists, as well as an opportunity to reflect on its many lessons.

Published in partnership with the Left Book Club

Matt Myers is a doctoral student at the University of Oxford. He was a participant in the 2010 student movement and is the author of Student Revolt (Pluto, 2017).

Paul Mason is a writer and broadcaster on economics and social justice. He is the author of PostCapitalism (Penguin, 2015) and a contributor to Syriza (Pluto, 2015) and Student Revolt (Pluto, 2017).

'The student revolt represented a turning point in British politics. In the words of participants, Myers' important work captures a sense of the trajectory that leads us from Millbank in 2010 to Jeremy Corbyn today' - Chris Williamson, Labour MP for Derby North 'Over the last decade the laws of politics in Britain have changed. This book is about the new rules of engagement' - Peter Oborne, Associate Editor of The Spectator, author of The Triumph of the Political Class (2007)
Series Preface
Acknowledgements
List of Abbreviations
Introduction by Paul Mason
1. Revolt
2. Millbank
3. Expectations
4. Street Fighting Youth
5. Occupy, Agitate, Organise
6. Why Did the Students Lose?
Conclusion
List of Contributors
Notes
Bibliography
Index
Published by Pluto Press in Oct 2017
Paperback ISBN: 9780745337340
eBook ISBN: 9781786801616

2010 was a year of occupations, kettling and Millbank. The election of the ConDem gvmt and their punishing education ‘reforms’ galvanised a generation of young people to fight for their future, but what remains of the movement today?

The Repression of Student Movements in the UK

Walls of bullets, siege mentalities and subterranean warfare… From civil rights protests of the 1960s, to the 2010 student movement, what tactics have universities used to repress, delimit and co-opt the energy of student movements?

Neoliberalism and Student Protest: A Study of the UK and Chile

Student Rebellions Past and Present

From early rancour in medieval Bologna, to worker-student coalitions in 1926, all the way to the storming of Millbank, Matt Myers, author of ‘Student Revolt’, records the history of student activism.

In 2010, students took to the streets to protest against rising tuition fees and defy government cuts. Patrick O’Brien captured the occupations, ‘kettling’ and outbreaks of violence that comprised 2010’s student revolt.

In this episode we talk to Matt Myers and Malia Bouattia about the 2010 student protests and how, seven years later, they continue to reverberate through UK politics.

The Legacy of Millbank:
How the student revolt changed radical politics

Ten years on, Seth Wheeler looks at the legacy of the student protests of 2010, and how the students organised in and against the state.

END_OF_DOCUMENT_TOKEN_TO_BE_REPLACED
Back to Top
X