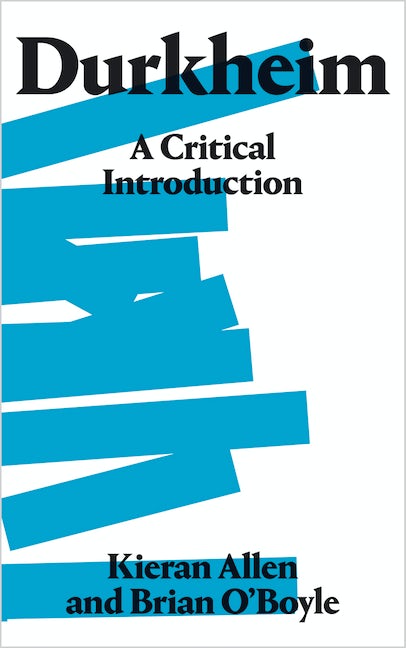 A critical introduction to the sociology and politics of Emile Durkheim
Emile Durkheim, along with Karl Marx and Max Weber, is one of the three 'founding fathers of sociology'. This is the first book to situate his sociology in the context of his republican politics, freeing his ideas from more conventional studies and allowing the reader to see his ideas afresh.

This critical introduction argues that Durkheim's defence of Republican France in the 1890s had a considerable influence on his sociology, which cannot be fully understood when removed from its historical and political context. His dismissal of economic factors in suicide rates, the influence of his anti-feminist position on his findings on marriage rates, and the idealism behind his claim that religion is the key determinant in shaping society are all discussed.

Through analysing his writings, including The Division of Labour in Society, Suicide and The Elementary Forms of Religious Life, this book provides a fascinating, critical counterpoint to the existing works on this key figure of sociology.

Brian O’Boyle lectures in economics at St Angela College, National University of Ireland, Galway. He has published widely on the global economy and is the co-author of Austerity Ireland (Pluto 2013).