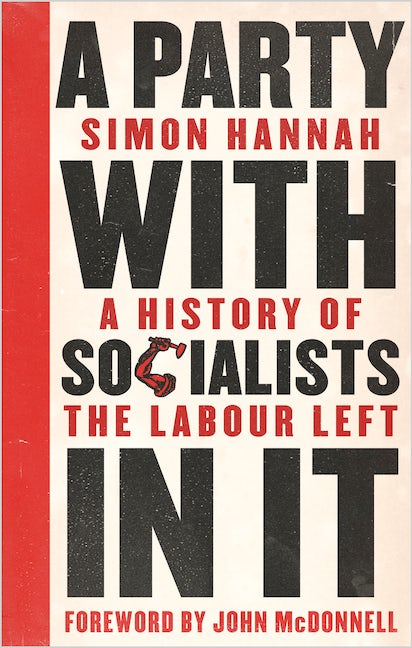 A history of the British Labour Party, uncovering its deep internal divisions and shifting positions in politics.

For over a hundred years, the British Labour Party has been a bastion for working class organisation and struggle. However, has it ever truly been on the side of the workers? Where do its interests really lie? And can we rely on it to provide a barrier against right-wing forces? By looking into its history, this book shines a light on the internal dynamics of the 'party with socialists in it'.

With the emergence of socialist leader Jeremy Corbyn, the Labour Party's fate rests in the balance. Will they reconcile their internal divisions or split into obscurity?

'The rise to prominence of Jeremy Corbyn has made relevant again the history of the Labour Left from which he comes. But that history is not generally known. Simon Hannah has therefore done us a great service. At a very crucial time in British politics, his book helps us to fill in important gaps in our knowledge'

'This informative and thought-provoking historical account allows us to assess the Party's history, whilst acknowledging that the progressive movement inspired by Corbyn's leadership is something new and exciting'

Key moments that made the Labour Left

Drawing upon extracts from Simon Hannah’s new Labour party history ‘A Party with Socialists in It’, we chart the key moments in the history of the Labour Left, from the party’s inception to the premiership of Jeremy Corbyn.

What is the Labour Party for?

The Labour Party has been through many iterations in its lifetime. In this blog, Shadow Chancellor John McDonnell considers who and what is the Labour Party for.

END_OF_DOCUMENT_TOKEN_TO_BE_REPLACED

VIDEO: A Party with Socialists in It

Simon Hannah takes a whistle-stop tour through the history of the ‘party with socialists in it’ – from Keir Hardie to Jeremy Corbyn.

END_OF_DOCUMENT_TOKEN_TO_BE_REPLACED
Back to Top
X