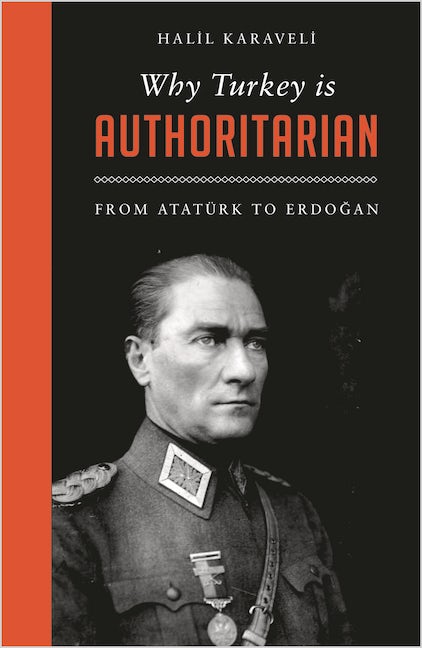 A radical history of Turkey, from the end of the Ottoman Empire to the present day, rejecting traditional narratives of a 'clash of civilisations'
For the last century, the Western world has regarded Turkey as a pivotal case of the 'clash of civilisations' between Islam and the West. Why Turkey is Authoritarian offers a radical challenge to this conventional narrative. Halil Karaveli highlights the danger in viewing events in Turkey as a war between a 'westernising' state and the popular masses defending their culture and religion, arguing instead for a class analysis that is largely ignored in the Turkish context.

This book goes beyond cultural categories that overshadow more complex realities when thinking about the 'Muslim world', while highlighting the ways in which these cultural prejudices have informed ideological positions. Karaveli argues that Turkey's culture and identity have disabled the Left, which has largely been unable to transcend these divisions.

'Wrests us out of the stale narratives of Islam vs. secularism, offering a new way of understanding one of the most important questions in Turkey today: why despite so much democratic promise, its fundamental political structure returns to authoritarianism again and again' - Suzy Hansen, author of Notes on a Foreign Country (Farrar, Straus and Giroux, 2017) 'Informative and authoritative Karaveli's analysis of Turkish politics should be required reading for anyone who wants to understand Turkey's relentless retreat from democracy' - Ronald Grigor Suny, William H. Sewell Jr. Distinguished University Professor of History, The University of Michigan, and author of 'They Can Live in the Desert But Nowhere Else': A History of the Armenian Genocide (Princeton, 2015)
Series Preface
Timeline
List of Illustrations
Introduction
1. A Pattern of Violence
2. Kemalism and the Left
3. Capitalist Foundation
4. How the Right Won the People
5. Social Democratic Hope
6. Vengeance of the Right
7. The Rise of the Islamists
Epilogue: Class, Identity and Democracy
Afterword: Attacking the Kurds - The 'Return' of Kemalism
Notes
Bibliography
Index
Published by Pluto Press in Jun 2018
Paperback ISBN: 9780745337555
eBook ISBN: 9781786802668