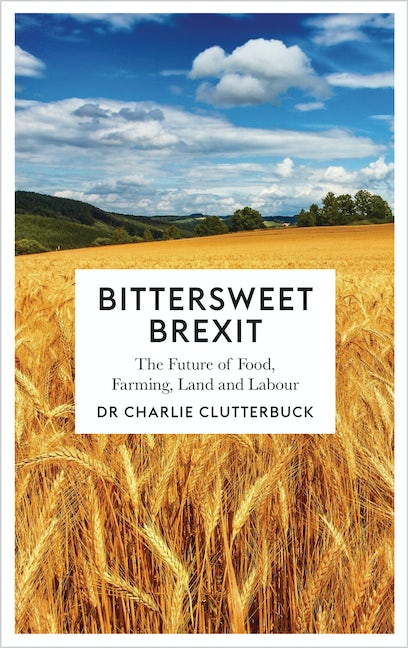 The Future of Food, Farming, Land and Labour

Although widely criticised and hugely wasteful, The Common Agricultural Policy did at least afford British farmers a degree of support. Post-Brexit, that support will vanish - to be replaced with a woefully misconceived agricultural export drive that cannot possibly deliver.

Bittersweet Brexit suggests a solution: paying workers decent wages in the agricultural sector could radically transform the nature of farming in Britain. It would improve yields, increase sustainability and ensure greater self-sufficiency at a time when food security is becoming a vital issue.

This scenario provides a progressive, forward-thinking and optimistic future for food and farming in Britain, which, unlike many other industries, is currently being ignored.

Charlie Clutterbuck PhD has three degrees in agricultural sciences. He has worked in many parts of the food chain from plucking turkeys, picking hops, working in kitchens and living on a hill farm. He has advised several major food retailers and was an active member of Unite's Rural and Agricultural workers for many years, as well as an Honorary Fellow in Food Policy at City University London. At present he is on the Boards of Incredible Farm in Todmorden and 'The Larder' in Preston. He has published extensively on food and farming and is the author of Bittersweet Brexit: Land, Labour and Food After Brexit (Pluto, 2017).

'A meticulously researched, thought provoking book, which politicians should act upon to provide a better future for our food and farm workers, especially the young, and rural economies in general' - Len McCluskey, General Secretary, Unite the Union 'A good red-green dose of food reality, which puts people, ecology and health at the heart of how to reform it' - Tim Lang, Professor of Food Policy, City University, London 'This book is so important ... it challenges us all to take the opportunity Brexit presents to rethink our food systems, rethink our investment in food production and reconnect locally' - Pam Warhurst, Co-Founder, Incredible Edible Network
List of Photographs, Figures and Tables
Foreword
Acknowledgements
Introduction
Part I: The State We're In
1. All Change
2. Coming Out
3. Moving On
Part II: Society
4. Trade
5. Labour
6. Land
Part III: Farm and Food Science
7. Sustainability
8. Obesity
9. Pesticides
10. Genetically Modified Organisms (GMOs)
Part IV: The Future
11. Favourite Foods
12. What We Can Do
Abbreviations
Notes
Index
Published by Pluto Press in Oct 2017
Paperback ISBN: 9780745337708
eBook ISBN: 9781786802088