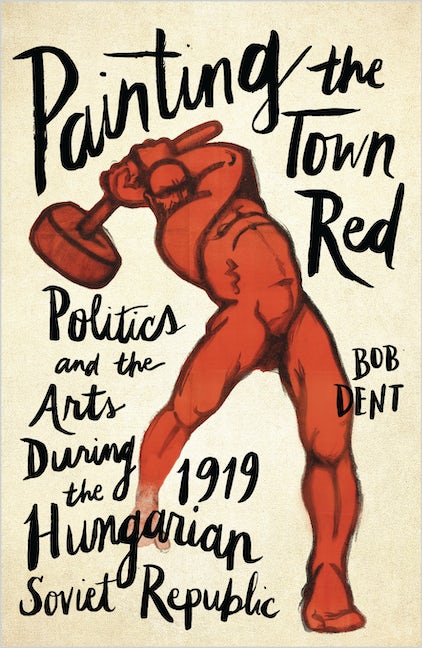 Politics and the Arts During the 1919 Hungarian Soviet Republic

An examination of the dialogue between art and politics during the short Hungarian Soviet Republic
The intensely political cultural production that erupted during Hungary's short-lived Soviet Republic of 1919 encompassed music, art, literature, film and theatre. Painting the Town Red is the little-known history of these developments.

The book opens with an overview of the political context in Hungary after the First World War and how the Soviet Republic emerged in the chaotic months which followed the collapse of the Austro-Hungarian Dual Monarchy. It looks at the subsequent roles during the Soviet Republic of artists, film-makers, actors, musicians and writers, and the attitude of the newly established People's Commissariat for Education and Culture, in which the future internationally renowned Marxist Gyorgy Lukacs played a leading role.

At its centre are the questions: why did so many prominent people in the arts world participate in the Soviet Republic and why did their initial enthusiasm later subside? Painting the Town Red is an important contribution to the lively debate about the interaction between art and politics.

Bob Dent is a British independent researcher and writer. He has been living in Budapest since 1986 and has had several works published about Hungary, its history and culture, including Budapest 1956: Locations of Drama (Europa, 2006), Budapest: A Cultural and Literary History (Signal Books, 2007), Every Statue Tells a Story: Public Monuments in Budapest (Europa, 2009), Hungary 1930 and the Forgotten History of a Mass Protest (Merlin Press, 2012) and Painting the Town Red (Pluto, 2018).

'Dent has done a creditable job in conducting in-depth, original research, integrating it into a highly readable text that touches on a number of subjects never treated before in the literature in any language. He is to be praised for his dedication to this understudied but fascinating episode in the history of modern politics and the role of culture in politics' - Professor Oliver Botar, School of Art, University of Manitoba
Author's Preface
Acknowledgements
A Note on Terminology
Introduction
1. The Political and Historical Context
2. Budapest Turns Red
3. Poster Power
4. Art for the People
5. Cultural Polemics
6. The Silent Screen Talks Politics
7. Opening up the Auditoriums
8. Music for All
9. The Pen Goes to Battle
10. Why?
11. What Went Wrong?
Postscript: What Happened to Them?
Sourced Used and Useful Sources
Index
Published by Pluto Press in Mar 2018
Paperback ISBN: 9780745337760
Hardcover ISBN: 9780745337777
eBook ISBN: 9781786802736