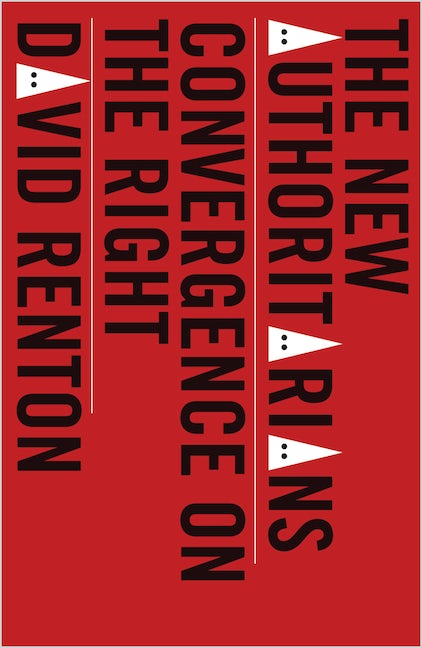 A bold thesis arguing that fascism is not the main enemy today - but a new and dangerous alliance of the right.
All across the world, right-wing politics is shifting, with conservatives and supporters of the far right allying. From Donald Trump to Marine Le Pen, these figureheads agree on issues that would have been considered extreme to previous generations, causing many to label them as fascists.

But is this too simplistic? If they are not fascists, what are their politics?

In The New Authoritarians, David Renton approaches the problem from a new perspective. He identifies an emergent and deeply troubling form of right-wing radicalism, at once more moderate than classical fascism in its political strategy, yet indulgent of the racism of its most extreme components. In country after country, under the clouds of economic austerity and post-9/11 Islamophobia, the right is converging and strengthening. To understand why is the first step to stopping them.

'A essential intervention that helps us understand the political shifts taking place on the right, and points a way for the left to halt an unfolding disaster' - Dan Trilling, author of 'Bloody Nasty People: The Rise of Britain's Far Right' 'A superior guide for understanding - and combating - right and far-right movements across the globe today' - Bill Mullen, Campus Anti-Fascist Network 'Welcomed for its forensic attempt to identify what is genuinely new about 'the new authoritarians' - Neil Davidson, editor, 'The Longue Duree of the Far Right' 'At a time when the international far right is ascendant Renton deftly explains the long terms factors behind its rise, lays out the true nature of the threat and importantly, offers some suggestions for what might be done to fight back' - Joe Mulhall, Hope not Hate 'Renton is a stalwart of the anti-racist movement and his book is essential reading for anyone who wants to understand the changing nature of the right' - Sasha Das Gupta, organiser, Momentum 'The best available account of today's far right and how we can stop it' - Elane Heffernan, Anti-Nazi League, 1992-2003

Acknowledgements
Introduction: Convergence on the right
1. The subordination of the war
2. When right-wing parties change
3. Brexit and the prospect of convergence
4. Remaking the G.O.P.
5. Breaking the centre: the Front National and its rivals
6. The internationalism of the far right
7. Benefits and trade
8. Could the far right change back?
Conclusion: Stopping the right
Notes
Index

VIDEO: 3 Ways the Far-Right has Changed – and How We Can Fight Back

David Renton shows 3 ways in which the far-right has changed, why this makes them such a threat, and how the left should approach a strategy of resistance.

END_OF_DOCUMENT_TOKEN_TO_BE_REPLACED
Back to Top
X