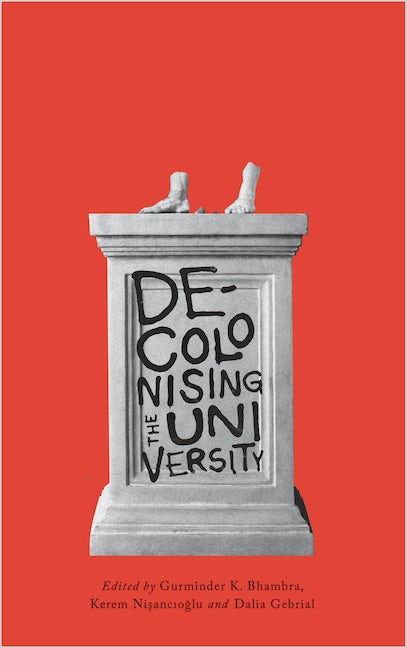 In 2015, students at the University of Cape Town demanded the removal of a statue of Cecil Rhodes, the imperialist, racist business magnate, from their campus. The battle cry '#RhodesMustFall' sparked an international movement calling for the decolonisation of the world's universities.

'A fine collection of knowledgeable yet readable essays which address a host of vital issues for our times: Eurocentrism, whiteness, power, free speech, inclusion and exclusion, and public higher education... A must-read for anyone interested in enhancing a historical understanding of our present through a consideration of what it means to decolonise' - Priyamvada Gopal, Reader in Anglophone and Related Literatures, University of Cambridge

'As Robbie Shilliam notes astutely in this timely volume, criticism of decolonising the university often overshadows the project itself. These collected reflections provide a much-needed analysis of the global movement to unsettle the Eurocentric white academy' - Alana Lentin, Western Sydney University