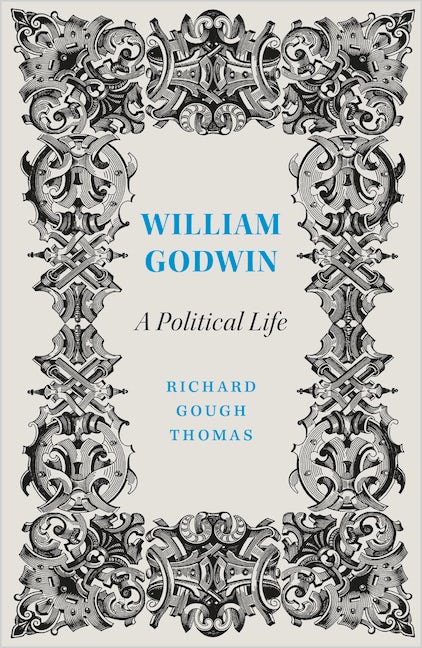 A biography of the early anarchist whose life and work was at the heart of British Radicalism.

William Godwin was the first major anarchist thinker in the Anglophone world, who rocked the establishment at the beginning of the nineteenth century. Famously married to Mary Wollstonecraft, father to Mary Shelley and inspiration to Lord Byron, his life and works lie at the heart of British Radicalism and Romanticism.

In this biography, Richard Gough Thomas reads Godwin afresh, drawing on newly discovered letters and journals. He situates Godwin's early life in the counterculture of eighteenth-century religious dissent, before moving on to exploring the ideas of the French Revolution. As Godwin's groundbreaking works propelled him from Whig party hack to celebrity philosopher, his love affair with Mary Wollstonecraft saw him ostracised in both liberal and conservative circles.

Godwin's anarchism always remained at the centre of his work, and remains his key legacy, inspiring libertarians, both left and right-wing. This biography places Godwin alongside his famous family as a major political, ethical and educational writer and shows why a reappraisal of his ideas is needed today.

Richard Gough Thomas is a Liverpool-born scholar of education and anti-authoritarian thought, and the editor of the journal Dark Arts. He is the author of William Godwin: A Political Life (Pluto, 2019).

'A crisp, insightful and absorbing overview of William Godwin's life. A book that will make Godwin more accessible within the classroom and the wider world has been needed for some time ... excellent.' - Sophie Coulombeau, Cardiff University