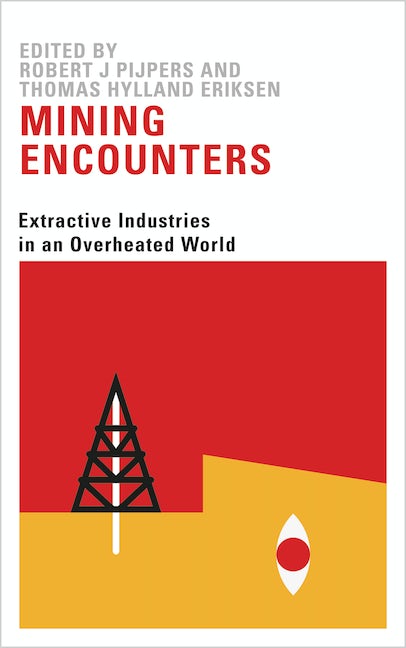 Extractive Industries in an Overheated World

Looking at resource extraction in numerous locations at different stages of development, including North, West and South Africa, India, Kazakhstan and Australia, a broad picture is created, covering coal, natural-gas, gold and cement mining, from corporate to 'artisanal' extraction, from the large to the small scale. The chapters answer the questions: What is ideological about resource extraction? How does extraction transform the physical landscape? And how does the extractive process determine which stakeholders become dominant or marginalised?

Contributing to policy debates, Mining Encounters uncovers the tensions, negotiations and disparities between different actors in the extractive industries, including exploiters and those who benefit or are impoverished by resource exploitation.

Robert Jan Pijpers holds a PhD in Social Anthropology from the University of Oslo. His research focuses on the micro-politics of (large-scale) mining in West Africa. He is co-coordinator of both the AEGIS Collaborative Research Group 'Resource Extraction in Africa' and the EASA 'Anthropology of Mining' Network. He is the editor of Mining Encounters: Extractive Industries in an Overheated World (Pluto, 2018).

'By bringing contemporary research on resource extraction into conversations about the overheating of the planet, this accessible collection of essays examines the material, social and ethical consequences of our current habits of production and consumption' - Stuart Kirsch, author of 'Mining Capitalism: The Relationship between Corporations and their Critics' 'The millennial scramble for resources brings fresh urgency to questions about the social and environmental costs of extractive capitalism. This book answers that call, offering rich ethnographic insights into the lifeworlds of those who sit in the shadow of extraction. - Dinah Rajak, University of Sussex