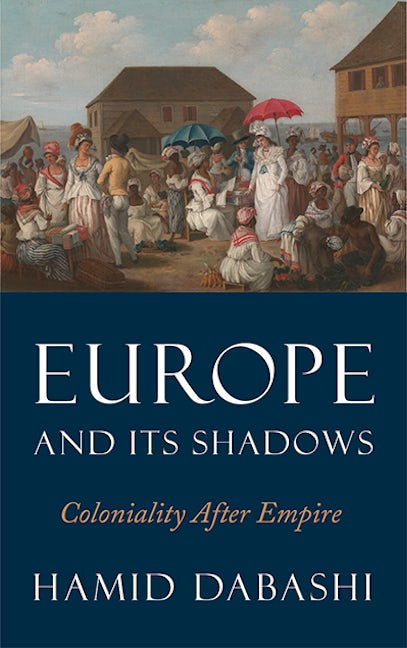 Europe and Its Shadows

Europe as we’ve known it is a dying myth, but colonial relations live on.
Europe has long imagined itself as the centre of the universe, although its precise geographical, cultural and social terrains have always been amorphous. Exploring the fear and fascination associated with the continent as an allegory, Hamid Dabashi considers Europe to be a historically formed barricade against the world.

Frantz Fanon’s assessment that 'Europe is literally the creation of the Third World' is still true today; but in more than one sense for the colonial has always been embedded in the capital, and the capital within the colonial. As the condition of coloniality shifts, so have the dividing lines between coloniser and colonised, and this shift calls for a reappraisal of our understanding of nationalism, xenophobia and sectarianism as the dangerous indices of the emerging worlds.

As the far-right populists captivate minds across Europe and Brexit upsets the balance of power in the European Union, this book, from a major scholar of postcolonial thought, is a timely and transformative intervention.

Hamid Dabashi is the Hagop Kevorkian Professor of Iranian Studies and Comparative Literature at Columbia University in New York. He is a founding member of the Institute for Comparative Literature and Society, as well as a founding member of the Center for Palestine Studies at Columbia University. Most recently he is the author of Europe and Its Shadows (Pluto, 2019), Brown Skin, White Masks (Pluto, 2011) and Can Non-Europeans Think? (Zed, 2015).

Acknowledgments
Introduction—What’s in a Word: “Europe”?
1. Europe: A Mobile Army of Metaphors
2. Europe, Shadows, Coloniality, Empire
3. Whence and Wherefore “Europe”?
4. Europe and its Shadows
5. The Postcolonial Paradox
6. Europe: The Indefinite Jest
7. Mapping beyond the Postcolonial Artworld
8. Is Peace Possible? Conclusion—Wherefore Should We Stand in the Plague of Custom and Permit?
Notes
Index