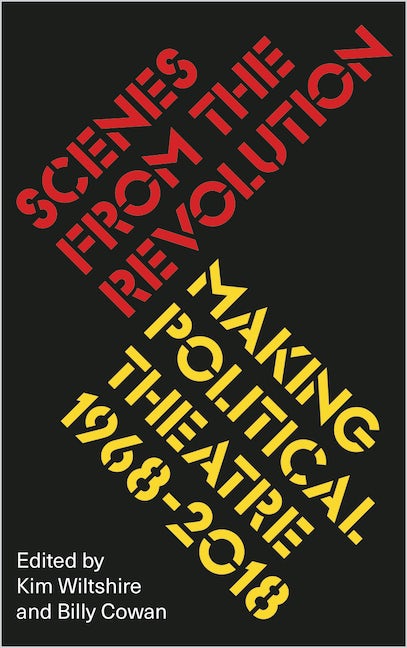 Scenes from the Revolution

An exploration of radical political theatre in Britain from 1968 to present day.

Political theatre thrives on turbulence. By turning the political issues of the day into a potent, dramatic art form, its practitioners hold up a mirror to our society - with the power to shock, discomfit and entertain.

Scenes from the Revolution is a celebration of fifty years of political theatre in Britain. Including 'lost' scripts from companies including Broadside Mobile Workers Theatre, The Women's Theatre Group and The General Will, with incisive commentary from contemporary political theatre makers, the book asks the essential questions: What can be learnt from our rich history of political theatre? And how might contemporary practitioners apply these approaches to our current politically troubled world?

Beginning with a short history of pre-1968 political theatre - covering Brecht, Joan Littlewood and Ewan McColl - the editors move on to explore agit-prop, working-class theatre, theatre in education, theatre and race, women’s theatre and LGBTQ theatre. Featuring many of the leading voices in the field, then and now, from the Revolution is a must-read for anyone interested in politics in the arts.

Billy Cowan is an award-winning playwright and artistic director of Truant Company. His first play Smilin' Through, produced by Birmingham Rep was nominated for Best New Play 2005 by  Evening News and his play Caretakers won the Stage Edinburgh Award at the Edinburgh Fringe Festival in 2016. He is senior lecturer for creative writing at Edge Hill University. He edited the book Scenes from the Revolution (Pluto, 2018).

'This is an indispensable archive of resistant performance practice, combining memoir, dramatic and critical writing. Wiltshire, Cowan, and their collaborators confront Project Austerity's culture of contempt and despair by recovering and asserting British theatre's history of critical refusal' - Victor Merriman, author of ' 'Because We are Poor': Irish Theatre in the 1990s'